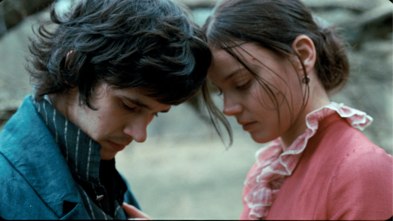 We have two problems when it comes to representations of women in film: not enough films which treat women as subject not object, and not enough women making films. It’s not a hard and fast rule that the two are related: one of my favourite films that Jan Chapman has produced is Lantana, a thoroughly intelligent film with three dimensional female characters directed and written by men.

Still, here in the UK only 6% of film directors and 12% of screenwriters are women, according to Birds Eye View. A San Diago State University’s Center for Study of Women in TV and Film study found that the picture is not so different in Hollywood. Only 9% of directors are women, 12% of screenwriters and 17% of editors. Producers appear to be slightly more representative – women make up 23% of all producers and 16% of executive producers – as well as 44% of production supervisors.

We are also in a situation where the stories we see told at the cinema turn the focus constantly on men, with female characters mostly acting as adjuncts, plot devices to demonstrate something about the male lead or eye candy.

I couldn’t, therefore, pass up the opportunity of speaking to Australian film producer Jan Chapman, given her long – and successful – career in the film industry. Chapman often works with one of the world’s highest-profile directors who happens to be female, Jane Campion of The Piano and Holy Smoke among other films (Interestingly, in Chapman’s early career this included working with the Sydney Co-Op and women’s film collectives, according to an interview with Senses of Cinema a few years ago.)