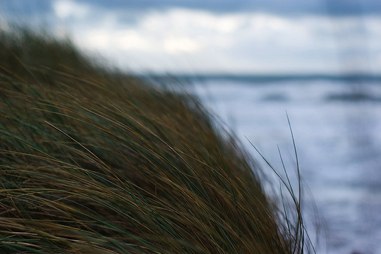 When I was a young teenager, I loved Daphne du Maurier’s novels – the suspense in Rebecca, the romance of Frenchman’s Creek, the cold horror of Jamaica Inn. I devoured them, imagining myself on the Cornish coast, face to the wind, splashed with sea spray. But as I got older I forgot about her, did my literature degree and read only ‘high’ literature.

Then, last Christmas, at my parents’ house with no books to read, I picked up my old copy of Frenchman’s Creek and was instantly hooked again. I scoured second hand bookshops for old copies of her novels, ordered those I couldn’t find in the shops from Amazon and rediscovered the love I had held for her books when I was younger, as well as reading other, less well-known novels, such as the horrific novel of obsessive sadism, Julius, and the dark myths of Flight of the Falcon. As an older reader, there was one element of the books that really jumped out at me that I had missed as a teenager, and that was the thoroughly feminist, strong-willed and self-determined women in her novels.

Mary Yellan in Jamaica Inn is, in my view, one of the strongest female characters in du Maurier’s early novels. (Spoiler alert!) This is a woman who, after her father’s death, helped her mother run a successful farm, and nurses her through her long and final illness. She goes to Jamaica Inn, where she stands up to her brutish and criminal uncle, she protects her frightened and abused aunt, she fights off a potential rapist, and keeps her pride and her head throughout the horrible things that happen in the inn. She has the upper hand in her love affair with a horse thief and follows her heart and independent spirit, in control of her destiny.

Yellan is the protagonist in what can be called the ‘feminist fairytale’. She is strong willed and brave, bad things happen to those who cross her and good things happen to those who help her. She is a child of nature and, despite all the events that aim to shake her will and wreck her courage, she maintains a strength and light of purpose that sees her through her trials and leaves her with, if not an entirely happy ending, then one that promises her an adventurous and exciting future.

It’s impossible to overlook how controversial Jamaica Inn was when it came out. So controversial, in fact, that when Hitchcock made the movie of the novel in the 1930s, he had to change the plot so that the ‘baddie’ was a magistrate and the horse thief lover was changed to a sailor. It would not have got past the censors for a good female lead character to have a happy love affair with a thief. That du Maurier chose to have Mary follow her heart in this way shows just how daring and passionate her character is. She refuses to be bound by social convention and, eventually, her love turns her horse thief into a (slightly) more honest man.

An example of love and sisterhood, of a woman banding together with her fellow woman to protect her, to make sure she is kept safe

Du Maurier’s characterisation is masterful, rich and colourful, and she paints a horrific portrait of why some wives choose not to leave violent husbands. Her rendering of terrified Aunt Patience, ruined by the violent, drunken and criminal activity of Uncle Joss, is a careful and sympathetic portrait as to why women can be drawn into these violent relationships.

Du Maurier also pulls off a master stroke in her characterisation of Joss. We see his violence, his horrible drunken behaviour, but we also see why he was attractive to Patience, why he was able to seduce women, why he is confident that he would have succeeded in seducing Mary had they met when both young. Like a grotesque reflection of that other anti-hero, Heathcliffe, we see the attraction of the passionate nature that hides and deceives, the ease in which the violence could be excused as passion and vitality, until it was too late.

One of the questions we ask in the book is, why doesn’t Mary leave? She knows her uncle, she knows what he is capable of, she sees what he has done to Patience. Yet what motivates her to stay is love and compassion for her aunt. An example of love and sisterhood, of a woman banding together with her fellow woman to protect her, to make sure she is kept safe.

Mary is brave, passionate and headstrong, a woman sure of her own heart and head, who is happy to throw caution to the wind in order to protect her aunt and love her thief. In this she is similar to that other du Maurier herone, Dona St Columb in Frenchman’s Creek, one of my absolute favourite du Maurier novels.

Dona is a woman motivated by her love of freedom and her desire to live the life she feels she has been denied. Tired of her childish rebellions in London, where she fights convention by dressing as a man and having dinner with prostitutes, her heart yearns for real rebellion, real freedom, where she can express her innermost self and escape the silliness and pettiness of society life in Restoration London.

So she goes to Cornwall, falls in love with a pirate and sails the high seas with him, tasting the salt air on her lips and feeling the sea breeze rustle her hair. She experiences the passion and understanding of true love, defends herself against the man who seeks to destroy her, saves the man she loves through cunning, daring and raw courage. Dona is a truly modern heroine, self determined, self aware, loyal and brave. She wants to live her life in independence, she wants to feel the full strength of her emotions and to taste, see and hear everything, with force. She is also a mother and devoted to her children, like a lioness or a tigress she defends her children from danger. 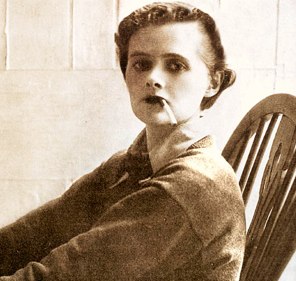 The reason I loved Dona so much as a child and as an adult is that she is so bravely uncompromising in her understanding of her self, in her love for her family and her love for Jean-Benoit, the pirate. The relationship between her and Jean-Benoit is one of equals, of mutual respect and understanding, a meeting of bodies and minds. And it occurred to me how this can be rare thing to find in a novel, especially a ‘woman’s’ novel, a rare thing seeing as it hit me so strongly. They meet and love each other as equals. He is not the centre of her life, nor she of his, their love is not painful or obsessive but mutual and loving and, that word again, equal. He risks his life for her and she risks her’s for him. He teaches her things, as she does him. It is one of the most careful and tender depictions of love I have read.

Du Maurier has sometimes been criticised for not always having a literary style, for writing thrillers, but I don’t believe this criticism stands up – just read her descriptions of the moors surrounding Jamaica Inn. She wrote novels for people to read and enjoy, fast paced and with characters you take sides with, characters with whom you live the experience. She is one of the most popular writers of the 20th century, inspiring new writers, films and prequels/sequels to her books. She wrote her first novel in her 20s and carried on until her 70s – a remarkable writer and an inspirational woman.

Du Maurier has been praised for her ability to portray the male psyche, from Julius to Max de Winter. Yet her depictions of strong, brave and loyal women populate her books and shine beautifully in her work. From Mary and Dona who I have focused on here, to the daring Isobel in House on the Strand, crippled and forthright Honor in The King’s General, angry campaigning Mad in Rule Britannia and, my childhood favourite, scheming yet honest Mary Anne Clarke. I believe she should be honoured for her incredible depictions of women and the way she allows her women characters to stand alone, telling their own stories, refusing to be defined by men. Her women defy convention and refuse to be categorised. They are fighters in a man’s world, lovers and mothers and sisters.

Photo by .Timbo., shared on Flickr under a Creative Commons license