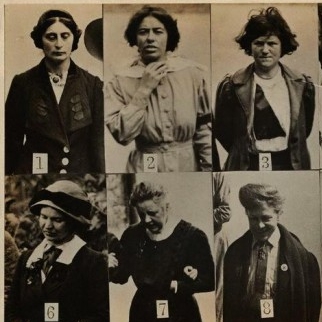 The case for all-women shortlists

Who would have thought in the 21st century that having a pleasant wife in tow would be the most identifiable policy of party leaders at an election? In a recent vox pops on television a member of the public, when asked if it was OK for the party leaders’ wives to be out canvassing and meeting people, said “it’s good to get a woman’s perspective”, as though this is something that is entirely absent elsewhere. The parties may argue that this is not the case, but sadly this member of the public at least had got this impression.

And who can blame her? In the election coverage so far the number of female politicians, not wives, seen representing their parties has been woefully small. And the figures below tell you why. The Centre for Women & Democracy is monitoring the candidate selections of parties during the election. At the time of writing the percentage of women candidates for each of the main parties is as follows:

Even though I work in Westminster, I was still utterly shocked at these paltry figures. It’s an outrage in 2010 that there isn’t an even split between men and women. I’m sick of it and am here to say that it’s time for all-women shortlists as a matter of urgency.

Over the years we’ve seen individual women take prominent positions. From the great early strides of Margaret Bondfield, the first woman in the Cabinet and a Labour minister back in 1929, to Commons stalwarts like Barbara Castle, at the forefront of politics for decades. Diane Abbott, the first black woman to be elected in 1987, Betty Boothroyd as first woman Speaker in 1992, and of course Margaret Thatcher, the first woman to hold the highest public office in the land. But these women still seem to be the exception rather than the rule. And even during an election in 2010 there is no gear change. In many constituencies in the UK a woman has never been elected.

The UK is only just ahead of the world average for women’s representation in Parliament at 19.7%, and goes into this election with just two ethnic minority women MPs. The Nordic countries, which have embraced the use of shortlists or quotas for women, Sweden (with 47%), Denmark (38%), Norway (36.1%) and Iceland (33.3%), together with Finland (41.5%) are the most obviously successful and comparable group of countries. Rwanda has emerged from conflict to become a world leader in women’s representation with 48.8% women in Parliament, having a legal requirement for women to make up at least 30%.

In 1997 the UK saw more women enter Parliament than ever before. From 41 women MPs in 1987, out of 650 seats, that’s just 6%, women now make up almost 20% of all MPs. The jump has been so big because Labour have used women-only shortlists to select candidates. Labour adopted the policy at its party conference in 1993, before the policy fell foul of a legal challenge, but all-women shortlists were later legalised under the Sex Discrimination (Election Candidates) Act 2002. It has so far been the only party to do so in a meaningful way. The Conservatives mutter about all-women shortlists and have a limited policy, but fear the policy will upset the party grassroots – and it does.

The Liberal Democrats have rejected the idea, but if there is no change they say they will look at a mechanism after the election. Why wait? We can see that quota systems are needed now. The use of all-women shortlists by Labour produced 35 of the 65 women who were elected for the first time in 1997. Including the first female Home Secretary Jacqui Smith. All-women shortlists forced that step change.

Slow progress has been made, but Westminster’s archaic conventions see it lagging way behind the rest of UK. Wales was the first legislature in the world to have 50% women members in 2003, now just under one-half (47%), using quota systems. In Scotland, the SNP and Scottish Labour have used quotas resulting in both parties electing over 40% women MSPs, and the percentage of women increased further at the 2003 election. But at the 2007 election in Scotland, the strategies were dropped and of course the number of women MSPs also dropped, to a third. The fall was rightly derided by women’s organisations, but the percentage of women was still higher than the European average of 21.9%.

And in my mind it is clear that a precedent had been set. Women were voted back into their seats because they had their constituents’ support, but if they hadn’t been selected by the quota system they never would have had that opportunity for re-election. We can see another example of this trend in Denmark where quotas were used until 1996 and then abandoned. In 1997, 33% of Danish MPs were women, in 2001 the figure had risen to 37.4% and it currently stands at 38%.

But judging by the reaction of the all-female audience on a recent episode of Question Time, the hostility towards all-women shortlists is still very high, and from women themselves. It baffles me. All-men shortlists were the only type available for hundreds of years. Women fought and died for the vote and to become Members of Parliament. Yet we have been easily beaten by those that claim equality must have no ifs and no buts, that women must receive no special favours, that we are now competing on an equal footing and therefore must make our way without a hand up. But how can women compete with the hundreds of years of privilege that men have at their advantage? Are we to imagine there is a year zero and that nothing has gone before? Parliament is an institution created by men and the fact that it clings so desperately to convention and shuns reform tells us that it is still an institution that reflects its creators, not its current electorate.

Among the 1997 intake of Labour MPs, women have been more successful in holding government positions than their male counterparts, suggesting no lack of talent among the women selected under all-women shortlists

“Women must be elected on their own merit” and shortlists are “patronising” bleat those who argue for “fairness” in these cases, but cannot express why women are still marginalised and who feel free to patronise women at their own leisure the rest of the time by fixating on stories about the party leaders’ wives. They tell us they are playing by the rules we as feminists have set down. But it is a false argument. In fact, among the 1997 intake of Labour MPs, women have been more successful in holding government positions than their male counterparts, suggesting no lack of talent among the women selected under all-women shortlists.

Despite this, parties don’t want to rock the boat after seeing bitter battles fought over the issue. David Cameron has hinted that he sees that there is a need for all-women shortlists but has continued to dodge the issue when pressed. I would argue that it is the very essence of politics to communicate your ideas to the electorate, it’s what marks you out as a good politician. The public need to hear the arguments about why all-women shortlists will improve politics. Parties need to stop shying away from the issue and confront voters with the truth that they need to be used. The Women’s National Commission states: “The main reason for the low levels of women’s representation are the continued failure of the political parties to select women for winnable seats.” There is the ugly truth about the party system. The frustrating thing is, we don’t even know if the electorate would discriminate against women because the parties are the ones that stop us from getting the chance to vote for women as viable candidates in the first place. It is the parties at fault and it is the parties that must fix this. 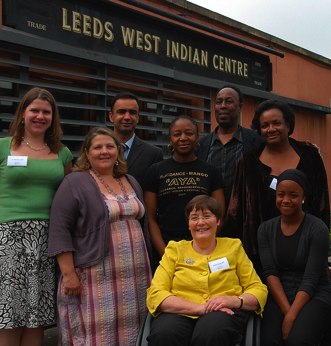 This was highlighted by a recent Speaker’s Conference hosted in the Houses of Parliament, an event at which MPs took evidence from organisations and interested members of society on why parliamentary representation reflects the make-up of society so poorly. Their report from this conference identified discrimination in the selection process against women, black and minority ethnic people, and disabled people, and said there was a tendency to fall back on “more of the same” when selecting or to promote only “favoured sons”. But most relevant at election time is the warning in the report of “the extent to which political parties are the subject of both contempt and general public indifference”. They concluded that a Parliament that does not appear representative of the society it serves is in danger of being perceived by voters as out of touch and irrelevant. Of course there can be multiple reasons for this (see expenses, lobbying and other scandals), but if 50% of the population don’t even see themselves reflected in the Commons – let alone those from other marginalised parts of society – then can we blame them?

The mechanisms, so ingrained in Westminster’s political culture, that stop women getting to the point of successful candidacy mean we will have a long wait if we expect them to change by natural means. At the current rate of change, the Fawcett Society has found it will take Labour around 20 years to get to 50-50 women and men, the Lib Dems around 40 years and the Conservatives around 400. I for one cannot wait that long.

No country can afford to ignore the skills, talents and experiences of half its people. Institutions that exclude women’s experiences and perspectives are more likely to make decisions that do not take account of the reality of women’s lives. The evidence from the UK and internationally is that the only way to guarantee increased levels of women’s representation is through the use of quota systems. Can we really afford to continue with the status quo?

And why as women do we accept those that tell us we are breaking the rules and expecting ‘special treatment’ if we use all-women shortlists?

Essentially, it hurts our pride. We are still fighting the battle to be treated equally and perhaps it feels like an admission of failure to accept ‘help’. Many women feel this, and are therefore opposed to shortlists, but they must take the long view. So some may not like it, but I see that it is necessary. We must swallow our pride and demand what is rightfully ours. The opportunity for equal representation. And we must have it now, not in the next century.

First image shows suffragettes in prison clothes, via the Museum of London. Second photo shows Anne Begg, Vice-chair, Diane Abbott MP, Jo Swinson MP, Ann Cryer MP meet with members of the Leeds community outside the West Indian Centre during a visit by the Speaker’s Conference to the city, subject to parliamentary copyright.

Ros Ball is a parliamentary television researcher working in Westminster