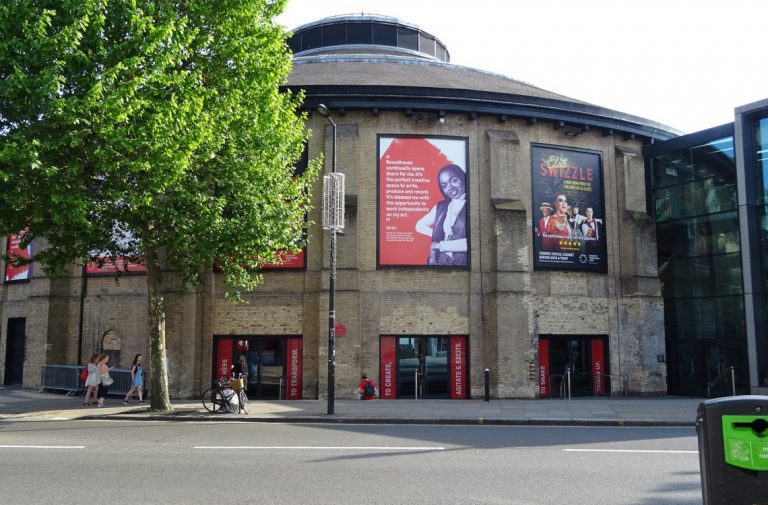 [This post originally included a link to a film Get Over It Macbeth from Mohammad Homouda on Vimeo which is unfortunately no longer available (2021).]

I’m a big fan of Mr William Shakespeare. I’ve got a well-thumbed copy of his complete works, a framed quote from Hamlet up in my bathroom and have even made it down to the Globe on a few occasions to see some of his wonderful soliloquies in action. From a feminist standpoint, I always stick up for the Bard, just because of the wonderful female characters he created for his time.

Surely Cleopatra must be one of the earliest pioneers of girl power? I’m not sure how many other sexually liberated, histrionic female monarchs were written about in the 17th century, anyway. Then there’s Shakespeare’s cross-dressing girls (Rosalinde in As You Like It and Viola in Twelfth Night), his witty women (Katherine in The Taming Of the Shrew and Beatrice in Much Ado About Nothing) and arguably his most important female role, the scheming femme fatale Lady Macbeth.

I remember reading Macbeth and being shocked by Lady M’s latent, violent sexuality. In a play full of males who seem to be either archaic or expendable, her dark mind and shrewd ambition make her stand out a mile from any other character. Bearing this in mind, how would it fare when performed by an all-female cast? I found out as I went to see Paula Benson’s woman-only Macbeth at the Camden Roundhouse.

The flyer I had looked at for the play promised: “A tragic love story full of ambition, superstition and revenge, sprinkled with all the stardust and glitter of a ’70s love fest!” Excited by this (don’t we all love the ’70s?) I sat in my seat waiting to be hit by some hardcore Tudor Funk. The opening of the play was a dance scene which started off as very slow, almost interpretative, but transgressed into a bold, vogue street dance routine.

I had initially felt my heart sink a little, anticipating an hour of very slow dance moves and obscure background noise, having sat through a few dire independent productions in my time. The intro was saved from an over-arty death with the swift music change and the incorporation of lots and lots of glitter. Being a bit of a camp girl at heart, I must say I’m a sucker for sparkles.

Lady M’s urging to her husband to ‘Be a man’, and jibes about his weak masculinity pose questions as to what it is to be male, and of course to be female

The disco theme continued throughout the whole performance, at times successful and others not. The blood that falls from Macbeth’s hands after he has murdered King Duncan is represented as long strands of glittery scarlet fabric, and this definitely tied in with the onslaught of mania at this point in the play. The white jump suits worn by the three sisters looked trendy yet neutral enough for them to retain their otherworldliness, and the inclusion of a Mama Cass song ‘Dream a little dream of me’, covered beautifully by wonderful young actor Ciara Aaron, was oddly at home and beautiful within one of the oldest tragedies in literature. At other times the soundtrack was not so fitting, Stevie Wonder’s ‘Superstitious’ was the background music for the feast Macbeth and his wife host upon his coronation, but its inclusion seemed almost gratuitous, and not entirely in synche with what was happening in the play at the time.

Tania Kieffer and Velenzia Spearpoint as Macbeth and Lady Macbeth were styled wonderfully, Spearpoint looked glamorous and gorgeous in a halter neck, silver sequinned dress, and Kieffer’s skin tight silver jumpsuit (reminiscent of Ziggy Stardust’s famous stage costumes) matched her cool, androgynous acting perfectly. The couple looked sexy and powerful, and I loved how Lady Macbeth’s deteriorating mental state begun to show in her outward appearance (her hair at the start of the play is pinned into a chignon, by the end it falls amongst her shoulders, bedraggled).

I was interested in the chemistry of the partnership. The sexual tension created by Kieffer and Spearpoint’s combined femininity highlighted interesting dynamics in the Macbeth marriage – Lady M’s urging to her husband to ‘Be a man’, and jibes about his weak masculinity pose questions as to what it is to be male, and of course to be female. For me, Lady Macbeth’s character was written as a woman perceiving her femininity to be weakness, and Spearpoint’s performance hashed this idea with another interesting one; the woman who exploits her sexuality in order to get ahead. At the points in the play were Lady Macbeth is at her most manipulative, for Velenzia she was also at her most provocative, employing her feminine wiles to secure the compliance of her husband. In turn, Kieffer does a terrific job of playing a man dominated by his frail ego.

Other star turns that deserve a mention are the aforementioned Ciara Aaron, a versatile and soulful Hecate. I also very much enjoyed the performance of Sonia Kamel, a powerful, brooding Macduff. The troupe’s two honorary males, Charles Clark and Ezra Spearpoint provided the onstage music for the performance (a combination of drum and tambourine work) and this really helped modernise the 17th century text. The plot was clear throughout the play – this is often an issue with modern Shakespearian performances – and all in all I enjoyed Paula Benson’s flamboyant, glitzy production. It definitely retained Shakespeare’s main themes of male vs. female, kingship vs. tyranny and neutrality vs. violent activism, and was on the whole interesting and engaging.

The feature photo added in 2021 shows The Roundhouse, is by Spudgun67 and from Wikimedia.