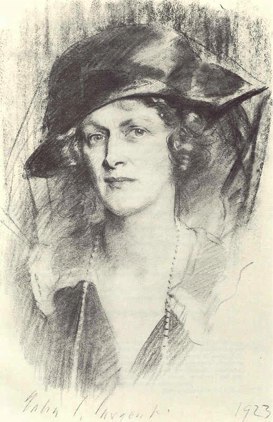 Creating a new kind of media for women in politics

“Politics is communication,” the saying goes, and it is not an exaggeration. In light of the recent UK election, it has never been clearer that the dealings of the Commons has descended into a performance in which appearance, photo opportunities and body language have gained as much, if not more, precedence as policies themselves.

Our elected representatives must contend with celebrities, lifestyle news and the mammoth monster of a disinterested electorate, in order to communicate their ideas to us, the voters.

It is a challenge that places extra pressures on MPs to attain a platform from which their views can be heard, and it is a challenge that has never been greater for the 142 women in Westminster. But we must never give up hope; there are ways to hear from the women who govern us, if you know the right places to look.

The relationship between political women and the press has always been testing. Margaret Thatcher’s approach was to portray herself as the ‘Iron Lady’, flouting gender conventions to create an image of a Prime Minister who never slept, bullied her cabinet and carried a handbag – yet even she could not avoid the media’s tendency to stereotype women.

The famous clip of her ‘crying’ upon leaving Number 10 for the final time worked to eulogise her time in office by ‘feminising’ her; the press framed her exit in a lady-like way, with tears, a tissue and a pat on the head. That emblematic moment at which her masquerade was seen to have ‘slipped’, or only began if you have a Freudian view of gender identity, was given exceeding amounts of media attention, and despite being a political force like no other, even Thatcher fell victim to the perceived weakness of being a woman.

The media have always found it hard to reconcile the nature of being ‘female’ with the apparent requirements of being ‘political’. In 1923 when one of the first female MPs, Vera Terrington, who won her Wycombe seat in a by-election, appeared in the Daily Express under the headline “Aim If Elected – Furs and Pearls”- a quote taken from the interview in which she announced that if she won she would “put on my ospreys and my fur coat and my pearls… Every woman would do the same if she could. It is sheer hypocrisy to pretend in public life that you have no nice things.” Admittedly Terrington may have been a little archaic, naive at best, but she was certainly served a trusty blow when she lost her seat in the election the following year. You have to wonder – would a man have received the same treatment?

Nearly a century later, and the difference in the media’s treatment of men and women stands testament to the ingrained inequality that lives on in Britain today. It is all too apparent that female Labourites bore the brunt of the media’s scrutiny when it came to their looks, appearances and dress sense. Yet unlike Thatcher it is important to recognise that they embraced the highest number of femlae MPs entering Parliament as a collective, as women, who would ultimately pay a high price. 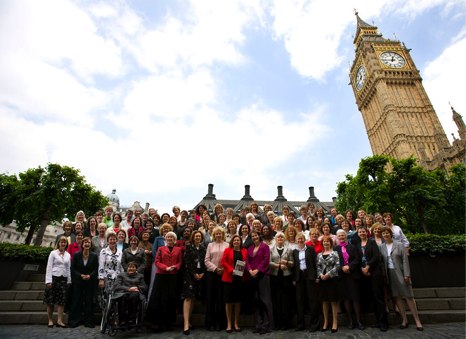 It all began with the ‘Blair’s Babes’ photograph, the brain-child of the Daily Mirror, which laid the path for over a decade of unfair coverage for its smiling subjects. There was Mo Mowlam, whose illness and altered appearance earned her copious amounts of gruelling press attention, or Fiona Jones who would later die from alcoholism. In 2007 there was that golden moment when the Labour deputy leadership contest descended into an in-depth analysis of MPs’ handbags, after Harriet Harman mentioned how expensive they can be in a Newsnight debate. And then, in the recent election, a photo shoot for the women’s weekly glossy, Grazia, in which women from all three parties, dressed in floral frocks and lipstick, were described as David’s Dolls or Gordon’s Girls. The left wing press were quick to condemn it as sexist, but it should not be forgotten that the ‘girls’ were simply carrying out a tradition: Fiona McTaggart and Jacqui Smith did exactly the same thing in 1997.

Even more worrying than this biased reporting is the relative absence of women from political coverage altogether. All too often women are rendered alien or ‘other’ to the traditionally ‘male’ orientated pursuit of politics. Harriet Harman was right to note the relative absence of female candidates in the recent election campaign, a predicament only exacerbated by the increased focus on the leaders’ wives who, for the first time, adopted active campaigning roles. But of course, Harman shouldn’t lose too much sleep, the ‘first ladies’ only managed to pilfer the most mind-numbering charade of press attention imaginable, epitomised in a series of breath-taking articles discussing Sarah Brown’s toes.

But there are some reporters who remain determined to give women in politics a platform free from discrimination and trivialisation. In 2006 I was lucky enough to meet Boni Sones, author of the Women in Parliament: The New Suffragettes, who two years earlier undertook a project to interview 83 serving and former MPs of all political parties. The interviews, placed in the British Library and aired on BBC Radio 4, were to become the bedrock for the well-needed project Women’s Parliamentary Radio, an online show that aims to open up the debate on women’s issues and give politicians a voice free from bias.

WPR has no political allegiances; we interview women from across the parties and influencers from outsider government, such as the Women’s Institute and Sherry Ayittey, the Ghana’s Minister of Environment. WPR dedicates much of its content to women’s issues that cannot find their way into regular media. Boni has interviewed Tessa Jowel on her efforts to open up Olympic sports to women for the 2012 games, and Barbara Follet on her campaign against the licensing of strip clubs, to name a few. Most recently there appears interviews with Helen Grant, the first black Conservative MP and Rushanara Ali, one the first Asian MPs.

The journey for WPR has not been easy, an enterprise that adopts such a new approach to the issues that concern us is rarely a walk in the park, but our traffic keeps increasing

and in March this year our listening numbers reached over 70,000. So while WPR celebrates the increase in the number of female MPs from 126 to 142 (still only a dismal 22% of the total 649), we also recognise the potential dangers: more biased press attention and the potential good work of these women going unnoticed. If we are going to push forward the women’s agenda we need to begin with a fair space for the women of Westminster to be heard, and WPR is doing just that.

To listen to interviews with Helen Grant MP and Rushanara Ali MP, plus much more, visit www.wpradio.co.uk

Picture of Viscountess Astor, the first British female MP, by John Singer Sergeant. WPR logo and photo of Labour MPs obtained courtesy of Women’s Parliamentary Radio. The latter is from a Women’s Parliamentary Radio photoshoot of Labour’s female MPs on the steps of Westminster in 2008, commemorating the 90th anniversary of women receiving the vote

Sophie Kainradl lives in London and assists at Women’s Parliamentary Radio; fundraising and looking for new ways to expand the site. If you have any ideas please get in touch by leaving a comment