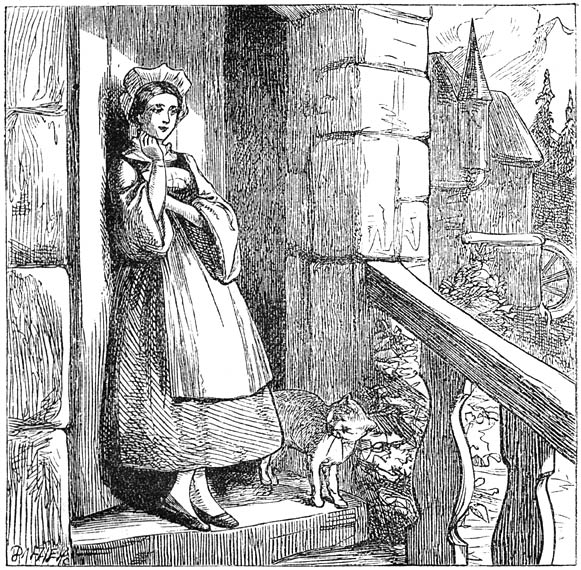 New feature: Sarkless Kitty and the ghosts of misogyny

A young woman transgresses against the strict gender roles of her time. Katharine Edgar considers the seed of truth behind ghost stories such as Sarkless Kitty

Between 1787 and 1809, at Lowna in the valley of Farndale in the North Yorkshire Moors, 18 men were killed by the same woman, according to the local guidebooks. Born around 1767, local girl Kitty Garthwaite was an unlikely serial killer. Not least because, according to the same legend, she died earlier in 1787, before the alleged murders even began.

Kitty Garthwaite was, of course, a ghost. She haunted the ford, or so we read, under the name of ‘Sarkless Kitty’. ‘Sark’ was a local name for a shift or undershirt. ‘Sarkless’, or entirely naked, Kitty would sit either in the ford or on a branch next to it, depending on the version of the legend you read, and lure innocent and unwary male travellers to their doom. She did so for revenge: having been seduced and abandoned by a local farmer she is said to have drowned herself in the ford while pregnant. Then, it seems, she visited her vengeance first upon her lover and next upon a succession of innocent men, until a service of exorcism put paid to the murders.

When I came across this story, I found it haunting me (excuse the pun). I could not stop thinking about the reality that might be buried underneath the creepy legend. What happens if we refuse to take the story at face value and think instead about what else it is telling us? If Kitty Garthwaite really was a young girl who broke the rules about sexual activity outside marriage, then the story shows her being punished for this transgression both while still alive and after her death. The ghost story, I think, can shine an interesting light on hostility to women and how it is perpetuated. What is more, by buying into ghost stories like this one, appealing as they are, we run the risk, as I shall argue here, of being complicit in this punishment. It is time for feminism to reclaim this legend.