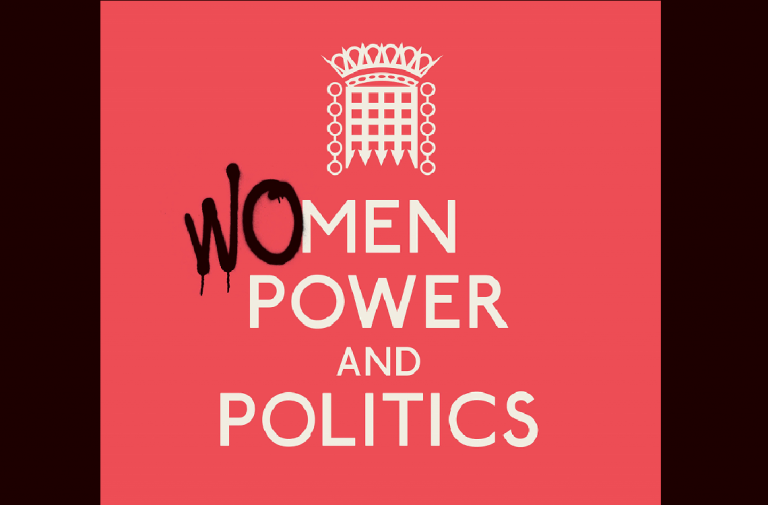 As part of The Tricycle’s Women, Power & Politics series, the theatre is hosting two collections of short plays; ‘Now’ focusing on contemporary issues of women and politics, and ‘Then’, which turns its gaze on the past. This is a review of ‘Now’, the contemporary-focused half of the programme.

An actor playing the role of female politician strides across the stage. She’s confident, she’s powerful. This is contemporary society, after all, in which women have the same rights as men to work, to become politicians and to become leaders of the country if they want to.

But there’s something amiss. Will this woman get what her male counterparts are getting? She is better, she works harder, but she is judged more harshly. She may work herself to exhaustion, she may achieve great results; but the criticism, the lack of support and the centuries-old legacy of male dominance that hack away at her self-esteem and warp how people perceive her, stop her in her tracks.

The first of the ‘Now’ plays, by Joy Wilkinson, is the story of Margaret Beckett, the Acting Leader of the Opposition and the sole female candidate in the race to lead the Labour party. Should she go for deputy as well? Her inner voice – the self-doubt that is the result of a lifetime of society’s pressure on women to give way to men – tells her that men deserve more. “Don’t listen to the men, you are the best!” say the (few) voices supporting her. But Tony Blair and John Prescott have more money for their campaigns. The newspapers say how good Tony is – and how bad she is. She doesn’t give up. She runs. She comes third. The woman who worked so hard for her party doesn’t even win her old job back.

I turned to my male companion in the theatre, with a tear in my eye, and whispered: ‘Do you realise this is what it’s like for us?’ He didn’t answer

The second play, ‘The Panel’, by Zinnie Harris, is about the harsh scrutiny that women face when being considered for a role (a job in a company) that has traditionally been a man’s. Each candidate gets the treatment from an all-male panel; there’s always something wrong with her. She’s too ‘serious’; she has a ‘past’; she’s too pretty so she’ll cause trouble. The final candidate can’t be faulted until one of them notes that this in itself is a fault. “She’s too good to be true.” It’s the most subtle kind of sexism – one that can rarely be proved, only noted over years of tedious observation, and this play demonstrated it so well that I turned to my male companion in the theatre, with a tear in my eye, and whispered: “Do you realise this is what it’s like for us?” He didn’t answer.

Loud music hurls us into the third play, ‘Playing the Game’ by Bola Agbaje, which is about the chaotic life of student politics. The female candidate is persuaded by her two glamorous flatmates that the only way to stand out and be noticed is to dress in provocative clothing and dance sexily to the camera. After being branded a ‘slag’ by her electorate, she changes into a tracksuit, and is promptly labelled a lesbian. This is the most uplifting play of the bunch – the protagonist uses her wits to trump the people trying to exploit her – but it also demonstrates an exhausting battle that men don’t usually have to fight to end up in the same place. That’s to say, to be someone who is respected for her views, not her body, and to be free and comfortable to speak her mind.

The plays are about women who – in theory – have it all. But in reality, of course, they do not

The final play by Sue Townsend, ‘You, Me and Wii,’ is about class. It’s heartwarming because the women – coming from very different backgrounds – collide in an unlikely scene and achieve an understanding. Can any woman be an MP? Yes, and yet to many women it appears an impossibility. The barriers are psychological and practical, emotional and cultural. In this poignant play, it takes a blood-stained female MP with humility and a heart to help change attitudes, and the result is an inspiration.

The ‘Now’ plays are tales of leaders and fighters, victims and losers. They are plays about strong women. They are about women who – in theory – have it all. But in reality, of course, they do not. Along every step of the way along the path to power, there are hurdles – subtle and invisible to some, but real and traumatic for half of the population – which hold women back. To have the truth played out on a stage; to feel again that helplessness and frustration that accompany so much of a women’s journey in life; wrenches at the core of a woman’s heart. And, I hope, at the same time, sends out a ripple on to the far-reaching conscience of society.

Laura Nelson is a writer and campaigner for equality