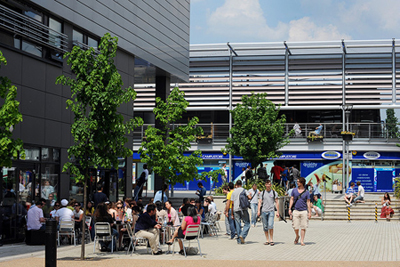 University students are used to applying feminist theory in their academic work, but this fails to transfer out of the classroom, reports Lizzie Dearden

I realised I was a feminist when I was studying AS level sociology. Suddenly, feelings I’d had about the world for years were staring back at me from a textbook page titled ‘Liberal feminism’ (and some under ‘radical feminism’ too). But I was shocked. ‘Feminist’ was a word that was never uttered in my household, that conjured up dim visions of separatist communes and bra-burning mobs. To have everything I knew about the term blown apart, and to realise that it defined me in the same instant, came as quite a shock.

The rest of the class seemed unimpressed. Boys cracked jokes, girls sat unmoved. Only my teacher showed enthusiasm and understanding towards the theorists we were studying. From that point forward, I decided that academia was the haven where I could explore and express my views, and I looked forward to my approaching time at university as a utopia of like-mindedness and support.

Disappointment struck early. In my first English literature lecture, the professor unexpectedly commanded “stand up if you’re a feminist!” About three people, including myself, leaped to their feet. A handful followed more tentatively in the subsequent pause. We remained standing as the lecturer began challenging the room on feminist issues. “Stand up if you agree with the right to birth control…stand up if you support same-sex marriage…stand up if you believe abortion can be justified…” In the end, everyone in the packed lecture theatre was on their feet. This taught me my first lesson about feminism at university. Students may agree with it, but they might not know it and they probably won’t admit it.

In English literature, the use of feminist criticism and arguments is widespread. Entire modules are devoted to women’s writing and gender studies, and many students are comfortable using feminist analysis in essays and, at a stretch, seminars. But for the majority of students I know with feminist sympathies, their views are confined to the academic field. The weight of misunderstanding, prejudice, and stereotyping behind the term ‘feminism’ itself, is maintained, even in one of the most liberal and free-thinking of environments. Feminism at my university, as a political and cultural movement, rather than academic concept, does not exist.