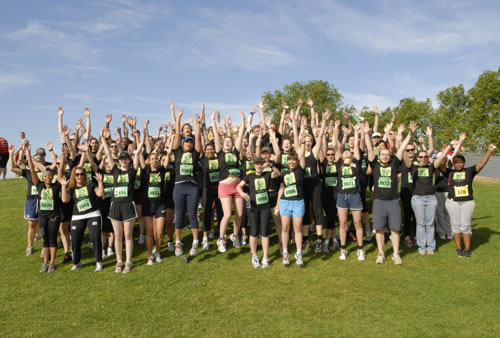 A 10k glimmer of hope for Congo women

This summer’s Run for Congo Women was a huge success, says Ashleigh Murphy. Time to sign up for the next London run

As the crisis in the war-torn Democratic Republic of Congo continues to rage, claiming thousands more lives, it is impossible not to be incredibly impressed by the efforts of those who took part in the first UK Run for Congo.

On 3 July this year, over 100 people came together in Regent’s Park for the 10k run, and collectively raised a massive £32,000. With this amount collected, more than 200 Congolese women can now have access to the skills training which will help them rebuild their lives and provide for their families.

Among the runners was Chris Jackson, who has gone one step further in committing to run 12 marathons in 12 months. As if this wasn’t already enough, one of the 12, which takes place in the eastern provinces of DR Congo, has been termed “the most dangerous marathon in the world”. With his awe-inspiring challenge he hopes to not only raise awareness of the situation in Congo, but also to raise funds for Women for Women International’s Congo programmes.

The next Run for Congo Women will take place on 13 November in Greenwich Park, and is a chance for anyone who wants to run, walk or skip their support for the women of Congo to get involved. In July there were runners of all abilities, including lots of first time runners, so don’t be afraid to give it a go. All sponsorship money raised goes directly to projects in DR Congo, which quite literally transform women’s lives.

If you’d like more information about the run or supporting Women for Women International, please email [email protected]

Time: 9am registration, 10am start