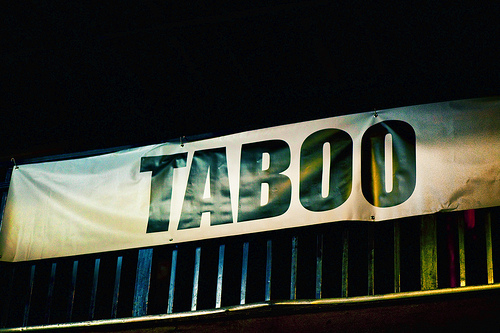 Jane Fae Ozimek’s Beyond the Circle is slim, powerful book about consent, justice and freedom. Its most basic argument is stated openly and plainly in the preface:

“If we are adults, what we get up to in the privacy of our own bedrooms with other consenting adults should have nothing whatsoever to do with the government; the very idea that it does is both arrogant and outrageous.”

This represents the belief of the Consenting Adult Action Network (CAAN), for whom Ozimek is writing, and as such it’s a deliciously straightforward and honest declaration, with which it’s very hard to disagree. And I wouldn’t disagree at all, if this were all that Beyond the Circle was to argue. But it isn’t. Beyond the Circle a far more complex, nuanced work than it may at first appear – both for better and for worse.

The book’s subtitle – ‘Sexuality and Discrimination in Heteronormative Britain’ – is an interesting one. Before reading this, I would have understood ‘heteronormative’ to mean a position that defines heterosexuality – preferring a partner of the so-called opposite sex – as the norm. One of the great strengths of Beyond the Circle is that it pushes the reader’s thinking into the realm of what constitutes belonging and not-belonging to the “charmed circle” of sex – “basically straight, married, monogamous, private, not-for-hire, procreative and vanilla”.

That there is a need for such a challenge is demonstrated repeatedly throughout the book. Individuals lose their careers, their confidence in legal protection, even their freedom because of sexual activity in which it is surely, beyond question, their right to engage.

Ozimek mixes legal history with personal case studies to showcase the extent to which individuals who don’t obey the unwritten rules of ‘normal’ sex suffer unduly, and often terribly. The evidence for this is compelling and stands as a coherent challenge to the now-pervasive belief that sexual liberation starts and ends with the heterosexual males being able to stomach and tolerate anyone who isn’t them.

Intelligent and sympathetic towards its subjects, Beyond the Circle is not, however, without its flaws. One of these is a certain crassness and insensitivity in relation to issues of sexual violence. Rape is coyly and somewhat ambiguously referred to as “the use of real force to get one’s way” and later in the work one finds a complaint about the previous Labour government having “unfortunately […] shifted the focus of debate away from issues of what it was legitimate to consent to – and onto the parallel issues associated with when, in law, consent must be presumed to be withdrawn.”

To be quite honest, this isn’t something I find altogether “unfortunate”, or necessarily harmful (I just feel, as I’m sure Ozimek does, that whichever way round whichever government chooses to approach it, consent is still poorly defined under the law).

Elsewhere, Ozimek criticises the British Board of Film Classification for refusing a certificate to China Hamilton’s work NF713, a work which is in essence an extended sequence in which a man physically, mentally and sexually tortures a woman. While one can accept the inconsistencies inherent in denying a rating to works such as this and not violent works by directors such as Quentin Tarantino, I fail to see how much the former have to do with “alternative sexuality” and the need to protect it at all.

Alas, men torturing women seems pretty damn heteronormative to me. Works of art such as Hamilton’s merely offer an exaggerated version of “charmed circle” values which others dare to challenge, not least by finding their own individual form of sexual expression within or beyond them. While I wouldn’t argue for censorship, I’d be far more wary of conflating reactionary images of patriarchal torture and suffering with genuine, free sexual expression between consenting adults. 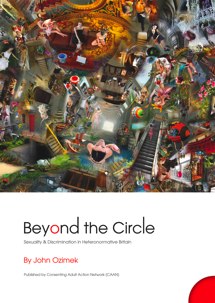 Yet this isn’t what bothers me most about this work. Throughout Beyond the Circle, the discrimination heaped on those who step outside the heteronormative “charmed circle” is compared directly with that faced by women and gays (the latter being her terminology – “gays” not as a lazy, unthinking shorthand for LGBT people, but for what she sees as a privileged subset thereof). Despite her good intentions, Ozimek grasps onto those favoured targets for ‘pendulum swung too far’ and ‘underserved special status’ accusations and just doesn’t let go. And in this respect, what she argues is neither accurate nor fair. While the discrimination and harassment she outlines is outrageous, claims such as this are equally so:

“If this harassment and fear were about the gender of someone’s partner, there would, quite rightly, be a political furore. Demands for something to be done would be loud and unanimous.”

“Loud and unanimous”? A recent decision to grant asylum to those who might elsewhere be killed because of their sexual orientation resulted in demands for “something to be done” to prevent such protection being offered.

It is correct that groups which can appear easy to categorise get more protection under the law than those whom the privileged few find it a little harder to pigeon-hole. And when Ozimek states that “people do not want to be protected because of some particular feature they possess; they simply want the same rights and freedoms as everyone else,” I think we’d all agree with her… in an ideal world.

Yet Ozimek is not naïve; elsewhere, she shows herself fully aware that one particularly pernicious form of discrimination is that in which “the same rules are applied to all: but some aspect of the rules creates an outcome that is biased towards one group and against another.” This form of discrimination goes hand-in-hand with claims that certain groups cannot be special cases – “you got equality, why are you still complaining?”

Ozimek knows that this is dangerous ground: “Reactionary politicians like this argument and use it to attack what they denounce as ‘the rights culture’.” This doesn’t stop her going on to claim that “they have a point” and from dismissively referring to the likes of gays [sic] and women as “some politically in-group”.

The risk is real of a divide-and-rule split between those who see equality in fixed identity terms and those who don’t. And if there were to be such a split, how much would be victim envy – “why should women and gays get all the fuss?” And how much the jealous safeguarding of victim status – “will I still be protected if you’re protected, too?” Right now, there’s probably very little of either – far more a mutual drive by groups such as CAAN and by more identity-based pro-equality groups to do good, in the face of a hard core of male, heterosexual, heteronormative privilege, one which is anti-female, anti-gay, anti-everything but the right to be prejudiced itself. Such privilege was recently exemplified, and detailed on The F-Word, when the Sunday Times editor John Witherow responded to Claire Balding’s legitimate complaints of homophobic discrimination:

“In my view some members of the gay community need to stop regarding themselves as having a special victim status and behave like any other sensible group that is accepted by society. […] A person’s sexuality should not give them a protected status.”

I am not suggesting Jane Fae Ozimek occupies the same obnoxious space as John Witherow. What I fear, however, is that Ozimek’s argument ultimately leads to the triumph of those such as Witherow, thus wholly circumventing the needs of those it is meant to help. Ozimek recommends the outlawing of discrimination not on specific grounds, but “on a purely human rights basis […] in proportion to the impact of that discrimination”:

“The difference between such an approach and the current one is that, while a large part of anti-discrimination work would still be taken up with the traditional focuses for discrimination – gender, race and sexual orientation – it would allow, where an individual was discriminated against for some equally intolerable, equally irrational reason, for them to call the law to their aid.”

Presumably such an individual would not be Jeremy Clarkson, who is, as Witherow laments, “jeered at for his dress sense (lack of), adolescent mind-set and hair style”. Yet I’m still not 100% sure why Ozimek’s proposal wouldn’t make pseudo-victims of the privileged, and leave those who through discrimination itself lack the resources to challenge discrimination more silent than ever.

I do not wish to suggest that Ozimek and CAAN are engaged in a futile argument, unwittingly serving the needs of those they mean to oppose. You have to be brave to bring about genuine change, and brave too to live your life honestly despite the great personal costs detailed in this book. It is worth reading and worth discussing. It is worth acknowledging the suffering of others, suffering that is joked about, dismissed – “because ‘sex is smutty and not serious'” – but which destroys lives all the same. I don’t think this book has the answers just yet, although I truly wish it did. It is refreshing and inspiring, nevertheless, to find someone who is starting to ask the right questions.

Beyond the Circle is written by Jane Fae Ozimek. It is one of the last works published under her old pre-transition name. You can buy the book on CANN’s website.

Victoria Dutchman-Smith lives in Cheltenham with her male partner and their sons, thus delighting in being the only “politically in-group” member of an otherwise all-male family