Birth rape is not rape because: the intent was not likely malicious; you solicited the services of the midwife or doctor willingly; it is not sexual; it denigrates ‘real’ rape; you got a healthy baby at the end of it; you should have said ‘No’ more clearly; you should have been more educated; be glad you’re alive — women used to die in childbirth all the time, you know!; if you didn’t want hands or instruments up your vagina, you shouldn’t have gotten pregnant in the first place; it’s for the well being of your baby; it was for your own good.

Those are just some of the claims made about birth rape in the last few days, by many of these articles’ authors and readers alike. The consensus appears to be: you are making too big a deal of this and, p.s., stop whining. In some quarters, allusions to natural birth fanatics with unrealistic expectations, hell-bent on smearing the name of good doctors and midwives across the land, are rife with derision. There seems to be a popular idea that a fringe group of radicals who despise medicine and technology and think women should give birth alone in clover fields, with only the moon and stars to guide them, are working to further their birth rape ‘movement’ and inappropriately co-opt a word that is already taken and means something completely different.

Were these same arguments used when we first started hearing women say they were date raped or raped by their spouse or partner?

The crux of the argument against ‘allowing’ women to use this term is that while, of course, instances where mothers are abused or assaulted during birth are horrible and unacceptable, it was not ‘RAPE rape’ (thanks Whoopi!) and needs to have a less provocative name. Common suggestions for more suitable, society-approved names include ‘medical assault’, ‘medical battery’ and ‘maternal abuse’. The message here seems to be: ‘Call it anything you want, just don’t call it rape, okay? Because it’s not, even if it fits the definition and you, as the victim, have chosen to express what happened to you in these terms. WE will decide what is rape and what isn’t.’

Perhaps this attitude is prevalent because there seems to be some confusion about what constitutes birth rape and what is just an unpleasant or uncomfortable birth. To reiterate a point made in my original article for The F-Word, birth rape is when an instrument or hand is inserted into a woman’s vagina without permission, after which the woman feels violated. Discounting birth rape is discounting the possibility of being raped with an object or non-genital body part and in a context that is not sexual. As we all know, non-consensual penetration is most often not a quest for sexual pleasure but actually an effort to control, terrorise, humiliate, punish or oppress the victim(s).

In cases where the intent was not to punish or control the birthing woman in some way (which can and does happen) and the forced vaginal penetration was done out of what the perpetrator believed to be medical necessity or professional obligation, this still leaves us with the disturbing idea that a woman’s bodily autonomy ceases to exist once she is carrying another life within her.

What a woman does or doesn’t do with her body and what medical care she chooses to receive or not receive while in labour is still her business. She can and should make decisions for herself. The paternalism of the ‘lie back and let the doctor do his job, now there’s a good girl’ mentality can be not only nauseatingly infantalising but a first tumble down the slippery slope of disempowerment and trauma that so many women experience during their births. Sticking something in a woman’s vagina without her consent is no one’s right, no matter their opinion on why it was necessary.

Our experiences and our voices cannot and should not be defined or silenced by those who think they know better, or more

Even where intent was not necessarily malicious (for example, when a man doesn’t stop intercourse after a woman has objected, even if she initially consented), the resulting mental distress is virtually the same as rapes perpetrated with intent to harm. It does make me wonder: were these same arguments used when we first started hearing women say they were date raped or raped by their spouse or partner? What about when rape was extended to include penetration with an object or non-genital body part? Because I’m pretty sure that, then too, there were scores of people (even some anti-rape campaigners) rolling their eyes and stamping their feet when we first moved beyond the basic ‘penis in vagina by stranger with force’ definition of rape. There were undoubtedly some against calling these types of assault ‘rape’ because it diminished what they felt was The Most True And Horrific Rape Of All.

The thing is, It is not anyone’s responsibility to make sure that people who have experienced a violation focused on their genitals for which they did not give consent use the term that other people are most comfortable with. There are, of course, women who use the term birth rape to describe traumatic labours that did not involve any abuse or unwanted vaginal penetration but where their wishes were ignored, they felt powerless and perhaps even duped into accepting certain interventions. Whilst one may not consider this birth rape in the strictest sense, that scores of women could have such horrendous births as to feel like rape victims speaks volumes about the state of maternity care in the UK, the US and other parts of the developed world. When a woman feels she wasn’t given choices, wasn’t in control of her own body and had little say in her care, she is more likely to consider her birth traumatic and reach for words to suitably express her suffering. 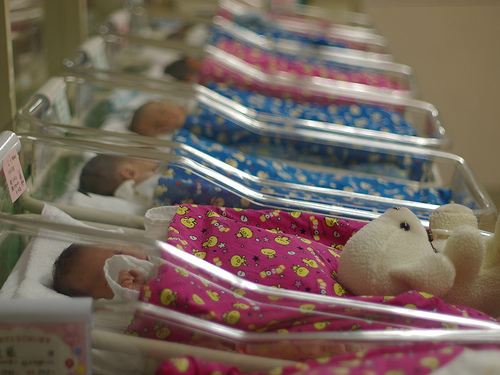 Claiming that birth rape is an inappropriate term and ridiculing or dismissing women who choose to use it is incredibly insulting to those who identify with it. Much like you wouldn’t tell a woman who says she was raped while on a date with a guy she liked that she is exaggerating, that he probably didn’t mean it, that it isn’t ‘real’ rape if she went with him willingly or flirted with him, nor should women who feel they were raped while giving birth be disbelieved or discredited. Insisting that birth rape does not exist because it does not fit into one’s culturally-ingrained notions about what defines rape shows an enormous disrespect for women’s lives and how they choose to define the moments that shape them. If a woman says she was raped, listen to what she is saying and feeling instead of dissecting her experience, looking for ways in which she can be proved wrong. Her rape does not somehow lessen anyone else’s, it only broadens what we previously believed to fall under that unfortunate, ugly umbrella of misogyny.

What I find nearly as tragic as birth rape itself is that so many feminists could ignore, dismiss or outright refute it. It is quite astonishing to see those who fight tooth and nail for a woman’s right to choose abortion and who argue passionately for full bodily autonomy then turn around and say that a woman who chooses to carry a pregnancy to term should hand over the rights to her body for the sake of the baby. Mothers already often feel sidelined and marginalised by the mainstream feminist movement; when it ignores institutionalised violence against them at such a vulnerable and pivotal moment in their lives, the sting of discord is sharp.

To minimise birth rape is to minimise the profoundness of birth for many mothers and, in turn, to minimise women themselves. Our experiences and our voices cannot and should not be defined or silenced by those who think they know better, or more.

Telling women that birth rape is all in their heads is just another violation.

Image of a caesarean from Flickr user Ben McLeod. Image of babies from tamakisono. Both shared under a Creative Commons licence.

Amity Reed is a freelance writer/editor, blogger and birth doula with a special interest in feminist advocacy for mothers