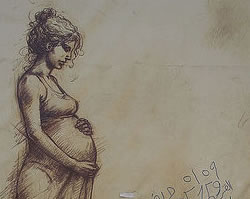 A step forward for bolstering EU-wide maternity and paternity leave

The EU Parliament has voted to extend maternity and paternity leave across the EU, so that mothers would get a minimum of 20 weeks at full pay, with fathers getting a two weeks also at full pay.

EUObserver reports the proposals are likely to get watered down as they filter through the EU’s system (member states and Parliament must come to an agreement before such a measure is made law).

The proposal put forward by the European Commission would also have been a step up, promising 14 weeks maternity leave at “sick leave levels”.

But the more generous parental leave provisions were voted in by the EU Parliament with 390 votes in favour, 192 against and 59 abstentions.

As you might suspect, our Con-Lib government is against all this:

Austerity-driven member states, notably Great Britain, are openly against the bill, which would double the cost of maternity payments at a time when London is announcing overall budget cuts of 25 percent.

Britain currently has the EU’s longest maternity leave, at 52 weeks. But only the first six weeks are paid at a 90 percent level, the rest being allocated at a fixed rate for everyone. Other countries, such as Estonia, have already more than 20 fully paid weeks and are not really affected by the bill.

The Independent has a breakdown of some of the different parental leave provisions across the EU.

Photo of graffiti showing a pregnant woman by Petteri Sulonen, shared on Flickr under a Creative Commons license