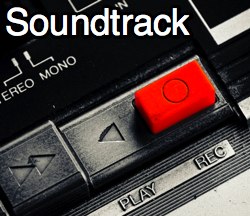 Women in punk: the playlists

As though Cazz Blase’s series on women in punk wasn’t fabulous enough, she’s concocted a series of playlists on Spotify, a soundtrack to the features. I’ve gone through and added a link to the relevant playlist on each part of the series.

If you can’t access Spotify, I’ve posted the playlists via ShareMyPlaylist.com, so you can at least see what tracks are included.

When the punk women series first began to be serialised on the F-Word back in February, I hadn’t thought about adding any multimedia.

To be honest, I didn’t expect the series to receive the level of interest it has. I’ve been pleasantly surprised, and exceedingly grateful for, all the feedback I’ve received this year. Because so much of the series relates to music, as well as to wider cultural, political and historical issues, it does seem a good idea to provide something music-based to go with it. Having explored YouTube extensively since the series began, I was pleased when Jess came up with another way of getting the music out there. In both cases, there are limitations in terms of the material available, and it’s been especially difficult to find good – or often any – footage or tracks by riot grrrl bands from the early- to mid-1990s, but, where punk is concerned, the amount, variety and quality of footage and tracks available online is growing all the time.

When I began researching and compiling these first five playlists, I faced a number of dilemmas: what sort of playlist would be most appropriate, and helpful, for the series and for those reading it? Was it worth trying to establish some kind of musical lineage from pre-punk times through punk and post-punk and onwards that would be specifically female as well as specifically punk? Or should I instead try to provide a sort of soundtrack to the times, covering the 40-year timescale I’ve been working within?

In the end, I compiled the first playlist as a completely self-indulgent trip down memory lane. Because much of Part 1 is taken up with discussing my discover of grunge, punk and riot grrrl, this playlist covers 1991-1997, which would place the various grunge, punk and riot grrrl bands and records I heard during those years against a wider musical context. For this reason, you will find The Clash next to Alison Limerick, two Raincoats songs sandwiching a club classic by Baby D, and Guns’N’Roses rubbing shoulders with Nirvana, all representing the sense of confusion I was experiencing at the time. The second half of this playlist is a mish-mash of various songs played at club nights such as Get In!, X Offender, Shake-O-Rama! and Kaffequeeria in Manchester, between summer 2000 and late 2006. Obviously tracks are missing, but I like to think it gives a flavour of a particular small club scene that existed in Manchester during those years.

The second playlist required a lot of agonising, along with a lot of research. Because the second part of the series discusses the pre-punk 1970s in a social and historical sense, as well as looking at the work of journalists and writers such as Caroline Coon and Lucy Toothpaste, I decided to attempt to compile a playlist that would invoke this decade, before punk, as opposed to a playlist that would establish the musical roots of punk. Discographies and playlists have already been compiled to this end by more established and experienced music writers than I, so it seemed best to leave well alone. (I have started in 1967 though, as that is when the first Velvet Underground album was released, and it would be wrong to miss that particular record out, given it’s massive influence on punk.)

I have included bands and songs that are widely cited as having been influences on a number of punk bands from the late 1970s, some more so than others, but I’ve also included songs that represent what else was going on at the time, and I particularly looked for female performers, pre-punk, regardless of whether they could be seen to have been an influence on the punk women I interviewed or not. I felt it was important to do this for much the same reason as I felt it a good idea to look at women’s magazines from the pre-punk period: like the magazines, female singers and musicians from the period also reveal something about what it was like to be a woman or teenage girl at that time.

I’ve carried this approach through with the other playlists, including the punk lineage, post punk, grunge, riot grrrl and beyond, and a wider female pop and rock lineage – because this creates some interesting contrasts and occasional overlaps, and because I always loved female pop bands and singers when I was growing up, but find my heroines from the 1980s and ‘90s rarely get credit or acknowledgement in popular accounts of rock and pop, and also because I think the image, attitude and music of any given period tells us a lot about the society that it emerged from.

I should point out that each playlist contains music I don’t like as well as music I do. I selected tracks on a vague criteria based on availability, personal favourites, songs that were important at the time (culturally, in the media, or in the playground). I don’t believe in the idea of ‘guilty pleasure’ songs, so the playlists are made up of songs that I either hated then and still hate, loved at the time but not anymore, have always been indifferent to and probably always will be, and songs I loved at the time and still love. There’s also the odd song that I don’t loathe quite as much as I used to, and songs I have come round to over the years. I’ve tried to avoid a rock-based playlist, as I think it would be wrong to separate, say, the rock music of the 1990s from the equally present rave scene, or disco, soul and reggae from punk. I hope the playlists reflect variety, and I hope they do also give some clue as to what was going on musically and culturally during the past 40 years. I also hope that F-Word readers enjoy them and find them helpful.

Photo by Dr Craig, shared on Flickr under a Creative Commons license