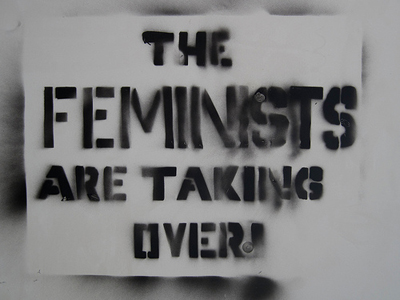 Are you feminist enough?

It wasn’t until I started working for a women’s organisation that I realised I was a feminist. I’d done my research for my interview, answered all the questions correctly, got the job but hadn’t really considered what it meant to be signing up to a feminist organisation.

I was fascinated, intrigued by this new world where what I said and thought really did matter. I found that the feelings of injustice and inequality were not mine alone. I walked proud and tall, having felt empowered by my induction and then went onto empower others. For the first time I could remember, I found somewhere I could settle in, kick off my shoes and say: “Hey Sisters, I’m home.” I felt I belonged.

Marches, newsletters, articles, training and discussions about domestic violence – I was able to participate in it all by sitting in the office with my work colleagues. When I’d receive a new case, we’d all be on the same page in regards to supporting the woman and keeping her safe. We’d all believe her, because that was what women deserve; not to have their experiences of domestic abuse and sexual violence questioned or torn apart. I felt like I was part of a bigger team, one which was actively making a difference, and I loved that sense of belonging. I felt like I was home.

Then, three years on I handed in my notice and left for a different role in a different setting with a completely different focus. I felt like I was ready to apply my skills and my knowledge to something new and gain experiences elsewhere.

Suddenly I feel like a fish out of water. I feel lost without my protective sisterhood bubble around me. I’m still getting used to the gender-based language, people referring to adult women as ‘girls’ and the lack of discussion about the injustice of violence against women. Not because people at the new place don’t care, I’m sure some of them do. But it isn’t their priority, isn’t their purpose for coming to work, isn’t in their job description, isn’t something they’ve even given much thought to.

I feel almost like I am a closet feminist, hiding away because I am now the minority. I feel very aware that I don’t really belong; there’s nothing to belong to. Having been safely tucked away in my feminist world previously, here I am unleashed on the mainstream world in all my feminist glory, and I don’t like it.

I’m not ashamed of my values and beliefs, not in the slightest. I’m just not sure if I’m ready to apply it to the ‘real’ world and, even if I was, I have my doubts as to whether or not the world is ready for it.

Did I say enough? I doubt it. Do I regret speaking up? Not at all 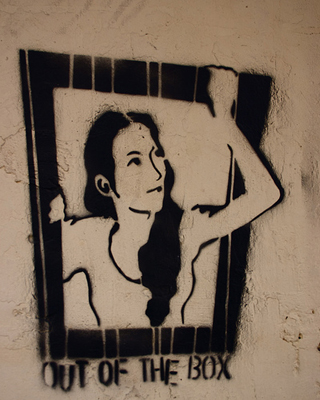 I feel like I have gone out into the big wide world, armed with my three years of feminism, ready to take on whatever crosses my path. Only I feel like I’m alone.

Part of me doesn’t want to be known as ‘the weird one’ or ‘crazy feminist’, I don’t want people to roll their eyes if I start ranting about the low conviction rate for rape. Not that I think my new colleagues will, of course, but will I get the same mutual respect and agreement as I would if I was in a feminist forum? I think not.

I have recently started attending an evening class at college once a week. Some of my classmates were recently discussing a gang rape which had taken place at a local park on bonfire night. I listened in interest as the other students discussed the rape, one even suggesting that the 17-year-old victim in question should have been more streetwise and perhaps it was some kind of sexual game that got a little out of hand.

I did my bit, I made a stand, I told them about the low rape conviction rape, the lack of support for rape victims by the police and how the media either blames the victim and/or minimises the victim’s ordeal. Did it make a difference? Who knows? My classmates’ eyes widened , they listened patiently and didn’t offer any feedback, clearly not wanting to provoke the tirade of abuse I was reluctantly holding back.

Did I say enough? I doubt it. Do I regret speaking up? Not at all, but I could have said a whole lot more. Was I feminist enough? Probably not.

So how do people do it? Strut around confidently, wearing their feminism like skin? Do you not fear the questions, the jokes, the looks, the nudges, the digs, the isolation, the raised eyebrows, the ‘oh, here she comes’?

When I ask myself the same question, I realise I am not so afraid to show my feminism to the world. Perhaps I am feminist enough after all.

Annika Spalding would have written about 10 novels by now if it wasn’t for the full time job, parental duties, driving lessons, college and all other life related activities which get in the way of writing