On Comments: Part I 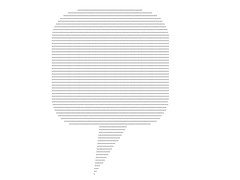 If there’s one thing everyone who has blogged at The F-Word can agree on, it’s that moderating comments is hard work. We think it’s about time we let you in on our behind-the-scenes conversations and frustrations, plus the solutions we plan to put in place to make our lives easier and improve the overall commenting experience at The F-Word blog. Part I will deal with the frustrations, and Part II with the solutions. Here goes…

The first point to note is that all of the collective members contribute to The F-Word blog as volunteers. We have a wide variety of other commitments, including full time jobs, caring roles and offline activism. We also have other personal stuff to deal with, including mental health issues, relationships and disabilities. All these things affect our capacity to write blog posts, never mind moderate comments.

So what does comment moderation involve? Well, we have to read every single comment left on our posts for starters. We then have to decide whether the comments meet our comments policy, and whether they have the potential to lead to an accusation of libel. Around 80-90% are probably fine, and we hit publish. We may then feel the need to reply to one or a number of comments to clarify what we have written, or respond to criticism (more on which later). Next, we have to deal with any borderline comments, and may need to seek advice from other collective members. Discussions can get lengthy, and we may decide to email the commenter directly to ask for clarification, suggest they edit the comment or, in some cases, explain why we have decided not to publish their comment. Having made the difficult decision to publish the borderline comment or to leave it in the mod queue, we go about our merry way. A few hours later, we often then come back to a comment from either:

a) The commenter, accusing us of censorship for not publishing their comment, or

b) A reader, who is upset/angry/disappointed that we have published a comment they find offensive/anti-feminist.

(Plus a comment demanding to know why the reader in question’s previous comment has not been published in the last four hours.)

We then feel guilty about making the “wrong” decision, and have to decide what to do next. Worst case scenario, the thread becomes a complete nightmare to moderate, turning into a polarised debate where we try to treat both sides fairly, but neither is happy with our approach and we wish we’d never written the damn post in the first place. This whole process cab happen multiple times in one week.

Needless to say, this can be hugely consuming of both our time and energy. Crucially, this is time and energy we could have spent producing more blog content for the benefit of all our readers, the majority of whom do not contribute to the comments section anyway.

The process of moderation itself is not the only demand on our energies. We all recognise that by writing here we open our opinions up to debate. Sometimes criticism or questioning in comments can be at the same time valid – even necessary (such as when discriminatory attitudes or language are being called out) – and personally upsetting for the writer of the blog. That’s something we have to deal with and learn from, as difficult as this may be.

On other occasions, some commenters seem to take the approach that is unfortunately adopted by most people on the internet, and criticise the blogger just because they can. We are told that we should have blogged about something more important. That our feelings are not valid. That our opinions are not feminist. That are grammar is incorrect or we’ve made a tpyo. That we are not qualified to be writing about the subject. Quite frankly, this can make you feel like shit, and as someone with personal issues that mean I am particularly sensitive to criticism, I have spent far too much time crying and beating myself up about comments left on blog posts that I’ve tried hard to make at least interesting or informative, if not insightful and entertaining.

You could argue that if I (and my personal issues) cannot take the heat, I should get out of the blogosphere. But what kind of feminist argument is that? One of the main goals of feminism is to free women’s voices, and that cannot be achieved if we continue to subscribe to the traditional patriarchal-capitalist-colonialist dictates governing who is allowed to express themselves, and how. The policing of bloggers’ language, emotions, opinions and level of intellectual capacity in comments sections can have a silencing effect, and it has certainly kept me away from the keyboard on numerous occasions. I’m sad to say that we regularly ditch excellent ideas for blog posts because we simply do not have the energy to deal with the potential aggression from commenters towards both ourselves and each other. Guest bloggers have also expressed surprise at the type and level of criticism aimed at them for simply expressing their opinions, and again have ended up blogging less than they would have liked because of it.

Finally, we have the comments that readers never get to see. These include comments which are personally abusive of the blogger in question or one of us on the collective, complaints about the site which are irrelevant to the post on which they were left, the usual crap from anti-feminists and the oh-so-clever trolls who like to make up new aliases on an almost daily basis in an attempt to trick us into publishing their comments. And we have to read them all, often so you don’t! The abusive comments can be upsetting and emotionally draining, targeting bloggers’ personal weight, race, politics, gender identity and sexual orientation among other things – every single week. Everything else once again takes up time where we could be doing something more productive, either with regards to the blog or in our own lives.

In short, comment moderation is a minefield, which can come at the expense of the blogger’s time, energy, emotional stability and productive capacity. The effect of the kind of comments detailed above is really cumulative, and is putting many of us off writing, resulting in reduced content on the blog.

So, if you’ve ever wondered why we don’t provide the kind of commenting facilities you would like to see, I hope you can now understand why.

In Part II, I’ll outline how we hope to make things better. I’m keeping comments closed on this for now, until Part II is up.

Image by Marc Wathieu, shared under a Creative Commons Licence.