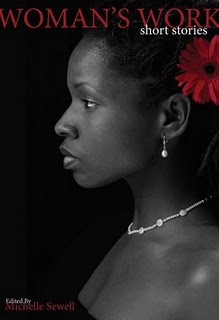 Woman’s Work: Short Stories is an anthology with one common theme: all 40 of the short stories are written by women.

Published by independent GirlChild Press and edited by its founder, Michelle Sewell, the subject matter of the anthology ranges widely,from serious stories about topics like rape and child abuse, to stories about liberation and even fantasy figures like fairies.

As this was quite a mixed collection of stories, there will probably be a story to suit everyone in this anthology. One of my personal favourites was ‘How Harumi Became a Punk Rocker’, a tale about a young girl who is very talented at playing the violin, and is pushed harder and harder to be an amazing performer. I won’t give away the ending but it is a beautiful sweet story about female liberation and freedom that lifted my spirit.

Another good thing about the book was not only the mix of genres, but the mix of different representations of women – characters include children, young women, old women and women from all over the world.

My only real fault with this book was that I found some of the stories ended quite abruptly, but that is a chance you take with short stories.

This is a collection both for fans of the short story and anyone interested in the wide breadth of writing by women.

Hayley Foster da Silva lives in Essex with her husband and two cats. She is a radio presenter for the syndicated all female fronted show Pigtails and Army Boots and also run the Southend Fawcett Society