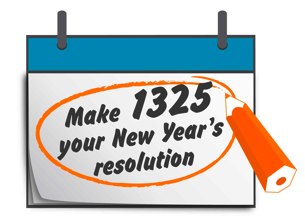 Women in conflict – our government’s rhetoric or resolution?

Natalie Sharples is campaigns officer for No Women, No Peace., a campaign by Gender Action for Peace and Security (GAPS UK), a network of 14 NGOs working on women and peacebuilding

This is a victory for all organisations that have been campaigning for the reinstatement of this post. But 10 years after the groundbreaking UN Resolution 1325 on women and conflict, how can we ensure that this appointment is not just emblematic but actually achieves real change for women affected by conflict?

There are some obvious concerns. Firstly, ‘champion’ does not carry the same weight as the ministerial post for international violence against women formerly held by Baroness Kinnock, appointed by former PM Gordon Brown on International Women’s Day this year.

Without the same status, will the champion have the necessary authority? Will any resources or staff be included to carry out this work? Organisations including CARE International and One World Action are already campaigning hard to try to ensure they will.

Women are of course uniquely targeted in conflict. Not just through the obvious and appalling sexual violence, but as carers are impacted most by the destruction of services and in many societies widows face extreme stigma amounting to a social death.

In conflict, existing gender inequalities are exacerbated; violence against women does not finish with the end of the conflict. Women’s rights have been used as a bargaining tool when negotiating peace between men. In Angola, not a single woman was included in the signing of the 1994 Lusaka protocol that attempted to end the civil war, the peace accord excluded the possibility of prosecution for violations (a large proportion of them sexual) committed during the conflict.

One amnesty within the accord even removed liability from the parties for any actions in the coming six months. The erosion of women’s rights are still viewed in some quarters as an unfortunate side effect of building peace – the champion has a lot of work to do.

The government recognises the issues women face in conflict and that their exclusion from peacebuilding needs to be addressed, but this is not enough. In order to achieve real change, the UK government must see that without peace that works for women we won’t have stable societies, and that women must be central to all the UK’s work on peace and security.

In what are often seen as the male-dominated worlds of conflict and defence, we need the champion to take a lead in coordinating government policy and action, and make the case for women’s centrality in all UK foreign, defence and development policy. We are optimistic that this new post signals the government’s serious engagement with the issue and that the champion can be a catalyst for a sea change in the way the government views women, peace and security.

To do this we must firstly put women affected by conflict firmly on the champion’s agenda.

Please sign our petition to Lynne Featherstone and ask her to make the implementation of Resolution 1325 her New Year’s Resolution.