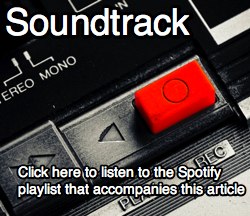 Women from the 1970s punk scene in the UK have not stood by as their contributions were erased from the music history books, but have documented that time with their own books and films. Cazz Blase reports

This is the sixth and final instalment in a series of features writing women back into the story of British punk. Catch up on the first five parts here:

Around the middle of 2009, it gradually became apparent that a number of women largely, although not exclusively, of the punk generation were writing and making films about the role of women within the UK punk scene after (in some cases) a long period of absence, or personal distance, from that scene. As well as exploring the histories and motives of the women concerned, it was always my intention to write specifically about these essays, books, and films.