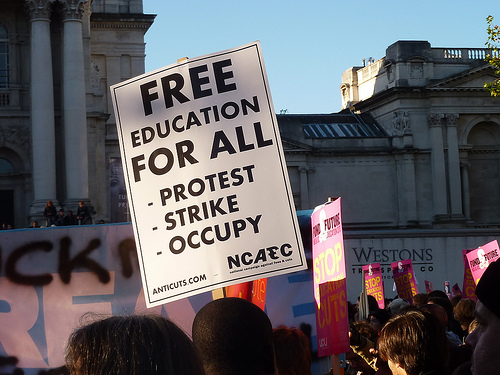 Students offer a glimmer of hope

Since the Budget last year, I’ve felt a responsibility to speak loudly about the effect of the government’s economic agenda on women. Partly because I am one of those affected, and partly because I know this unrelenting attack on women undermines equality, and that the unpaid contribution to society of motherhood and caring for others is now being punished with destitution and public condemnation.

Alice Heath, Yuan Yang (both women’s officers) and Sophie Lewis (a postgraduate student) organised the Gender and Equality Festival at Oxford University. A coming together of groups from all over the university, the festival asked questions about how we can promote gender equality, the barriers women face and what the future holds for us. When I was asked to address them, I was surprised and flattered, but more than a little worried.

This was anger that had built up over a lifetime, with the generation above them systematically selling off the futures of all who came after

I am not a public speaker, I’m not a journalist and I am certainly no politician. Who wants to stand up and make a tit of themselves in front of some of the brightest young minds in the country? And what if those ‘young minds’ were as hostile to me and as ignorant as some of those who dwell on The Guardian’s Comment is Free threads?

But as I spoke about the impact of motherhood on your life, your earnings potential and your choices – explaining the effect of these cuts and how I believe they undermine equality – they listened intently. During the discussion that followed they wanted to know what it was like – what I thought could be done.

I saw more evidence of the ‘Big Society’ in that room than I have ever seen in a Conservative manifesto. A combination of empathy and intellect, which I desperately hope forms at least part of this country’s future.

During the evening that followed I was lucky enough to meet and spend time with many of the ‘vandals’ who had made it into the Conservative Campaign Headquarters during the student protests last year.

I sat up half the night talking with them and, after months of believing that the country would just lie back and accept what is happening, I came away with a glimmer of hope.

I didn’t meet mindless yobs, looking for any excuse to smash up a building. I didn’t meet naive ‘Wolfie Smith’ types, with little understanding of the world outside their cosseted university walls. I certainly didn’t meet people who want a free ride from the taxpayer to fund three years of drinking and kebab eating.

For the young people I spoke to, this wasn’t about anger at a single pledge that was broken. This was anger that had built up over a lifetime, with the generation above them systematically selling off the futures of all who came after. Who implicitly understood their future would probably be OK, but were desperately concerned about others without their opportunities. About what a 21st century society looks like, when you try and transport it back to 18th century economic liberalism.

They spoke eloquently about how the welfare state had brought some of them to Oxford. Not just because tuition was affordable, but because it was what allowed their parents, or their grandparents, to raise them to believe Oxford was a possibility. The welfare state had ensured some semblance of equality for their mothers. They understood what it meant to borrow £30,000 for your studies, if you had never seen anyone earn that much.

They showed an understanding of how our public sector protected the country from the excesses of our private sector – and how our market economy has decoupled from the real economy. They understood perfectly why our government are choosing to punish the poor and the young, when there were so many greater risks to our economy.

They understood that this could not be a random coming together of feeling, but that people must organise and fight to protect equality and our welfare state

They were articulate in expressing their fears about the privatisation of higher education. Their horror at the appointment of a Rupert Murdoch professor of communication, a L’Oreal professor of marketing – and posts funded by arms companies. They shared my incredulity that our government appointed genetically modified food manufacturers to advise on agricultural policy, or fast food manufacturers on health.

Many of them talked about their political education. I was 23 when 2 million people marched against the war in Iraq, and were ignored. These students were barely out of childhood – their first experience of protest showing that protest on the terms of the establishment is no protest at all.

I’ve been fortunate enough to grow up in a society where we could enjoy the belief that we ‘had never had it so good’, Naomi Klein wrote No Logo while they were still at primary school and since then the world has unfolded to create circumstances which made the pessimistic view of capitalism contained within that book look like a utopia.

They have seen two successive parties follow a neo-liberal consensus that has brought us bank bailouts, a global war on terror and a terrifying erosion of our civil liberties. They fully understand the implications of rolling back our welfare state and what that means to our countries future – they had little choice but to act.

They talked passionately about the need for direct action, but resented the insinuation that damage to property is violence. Their protest is not solely about tuition fees, but a demand that their government start listening to its population, not just the bankers who could accompany David Cameron on trade delegations to China. 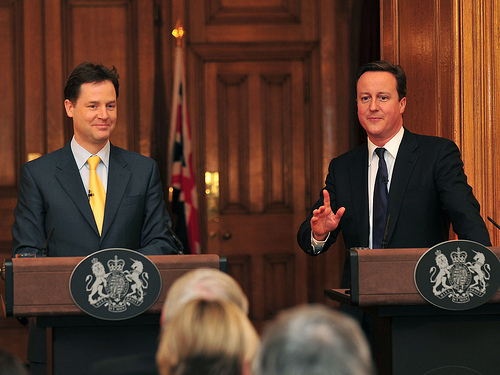 They didn’t believe that smashing up CCHQ would bring change, but wanted it to make people sit up and listen. Show them protest was possible. They understood that those worst affected by the cuts would be at home trying to survive, not on the top of Milbank.

We talked at length about the need for direct action across the country. Not just in the form of protest, but in the form of strengthening communities. Making sure people are not left destitute and pushed away from their homes and families. They talked about wanting to see communities come together to protect themselves against the ‘shock and awe’ politics of our coalition government.

They understood that, without that, their protest was just futile anger. They understood that this could not be a random coming together of feeling, but that people must organise and fight to protect equality and our welfare state. Not just marching or breaking windows, but by organising to ensure that people are armed with the information and support that will enable them to protect their own communities.

Our environment, the survival of the businesses in our real economy, our higher education system, our healthcare system, the safety net that ensures people keep their choices even when they are poor, equality and democracy itself – are all worth fighting for

Their teenage years happened after the rhetoric that justified our domestic, foreign, social and economic policies jumped the shark. Nick Clegg’s betrayal was no shock. Many of these students had seen it coming, and those who hadn’t had an understanding of our political system that George Osborne would do well to heed.

They felt the same as I, when watching overpaid media representatives obfuscate real questions about our society, to protect a status quo which clearly isn’t working. The difference between me and them, was that I had expected to see different. They knew that was unrealistic. It was not they who were naive.

They were saddened that Aaron Porter (president of the National Union of Students), who had so recently been advocating direct action on climate change, had distanced himself from their actions.

One girl described a ludicrous situation where a student union banner could not be displayed during a march, as the organisation had not given a mandate. They saw how the student politics at their university is producing another generation of politicians, ignorant of how our country functions and interested in preserving wealth and privilege for the few.

Through the prism of life at a university which produces prime ministers and presidents, these students are using their education to understand the world they live in and are willing to risk arrest to protect its future. The fears I had for women affected by the cuts are not separate to theirs, but another facet of the same problems.

Our environment, the survival of the businesses in our real economy, our higher education system, our healthcare system, the safety net that ensures people keep their choices even when they are poor, equality and democracy itself – are all worth fighting for. These students willing to put themselves (and their very bright futures) at risk to do so.

After months of feeling like our country was sleepwalking into a horror story that we would all sit back and accept, I got the train home believing that change was possible, reassured that this generation will be more influential than the self interested baby boomers dominating our House of Commons and mainstream media. And I was happy to tell them that the people where I lived were cheering them on.

Photograph from the London student protests, taken by Flickr user judyboo. Photograph of David Cameron and Nick Clegg at an end of year press conference uploaded to Flickr by the Cabinet Office.

Lisa Ansell is a mum, an ex social worker and civil servant- and is currently trying to set up a social enterprise, as well as writing occasionally and drink a lot of tea