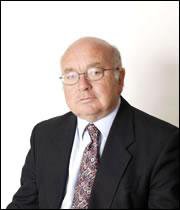 The furore surrounding the remarks made by Bill Aitken, Conservative MSP for Glasgow, Shadow Minister for Community Safety and Justice Committee Convenor (which helps formulates rape laws), shows no sign of decreasing as the Green Party’s MSP for Glasgow, Patrick Harvie, today lodges a motion to the Scottish Parliament severely criticising Mr Aitken for his suggestion that a 38-year-old woman who was gang-raped in the city centre may have been a “hooker”. As Jess pointed out in her post last week, the implication was that, had the woman been a sex worker, the offence would somehow have been less serious.

Although Mr Aitken reportedly apologised to the woman, his remarks have been roundly condemned by Rape Crisis Scotland, SNP MSP Christina McKelvie and Strathclyde Police among others – with the notable exception of Annabel Goldie, leader of the Scottish Conservatives, who refused to condemn Aitken, even though she said she was “horrified” by the attack, the fourth in Glasgow city centre since Christmas.

“Bill Aitken’s comments are way beyond the standards any party in Parliament should find acceptable from any MSP, but they make it entirely unacceptable for him to continue in post as Convenor of the Justice Committee. No-one who thinks we should blame rape victims should ever be allowed to hold that role in this country.”

“If he does not resign, the Tory leadership should force his hand. If they do not, Parliament must act to remove him, and act quickly. The alternative would a serious loss of confidence in Parliament as an institution, and the Justice Committee in particular.”

Update: Holyrood Daily has posted a statement by Mr Aitken in which he says:

Today, I am standing down as Convenor of the Justice Committee.

Whether or not he’s also standing down from his other roles (such as Shadow Minister for Community Safety, Justice of the Peace and so on) is unclear.