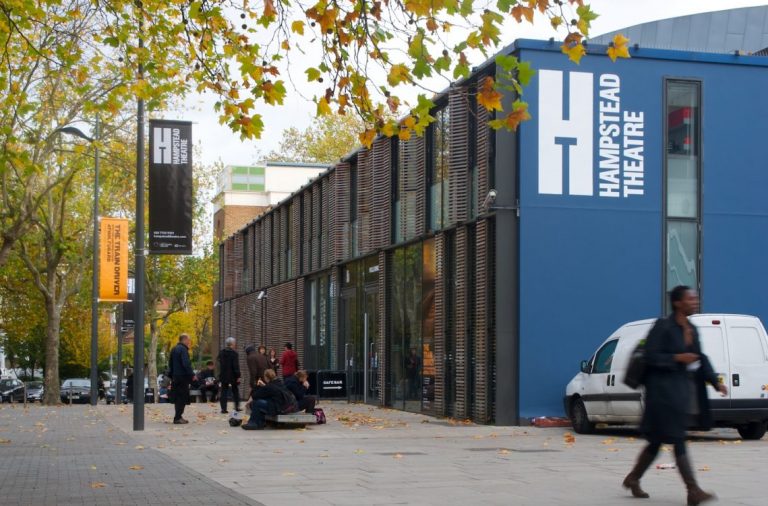 Waiting for 20 years for Odysseus’ return, Penelope is an emblem of marital fidelity and has always provided plenty of material for reinterpretations, feminist or otherwise. Kate McCarthy reviews the latest, which dumps the suitors in a dried out swimming pool 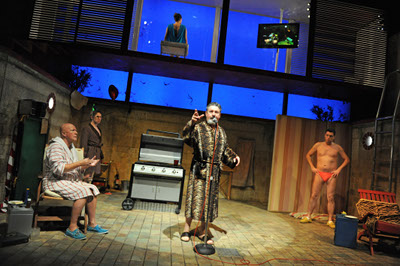 Penelope – the icon of the silent, faithful wife awaiting her husband’s return. In Homer’s Odyssey, she is a heroine of monogamy. In this production, written by Enda Walsh and directed by Mikel Murphy, the setting may still be sweltering Greece but the era is far from defined and the accents are definitely native Irish. Here, Penelope’s pool of suitors wait in a dried out, bloodstained lido complete with cocktail cabinet and barbeque: and time is running out for her to fend off their frantic assertions in her husband’s absence.

Her silence contrasts with their verbosity: the men seem to have spent their years falling in love with the sound of their own voices instead of the woman they aim to woo. They tenderly embrace a rock-star microphone that causes their whispers to echo back into their ears.

In fact, my only criticism of the play was that the long speeches occasionally seemed like the self-indulgence of the writer rather than the characters, but they certainly served the point well that the ‘ideal’ woman is one who leaves the talking to her male counterparts.

Read the rest of the review and comment by clicking here