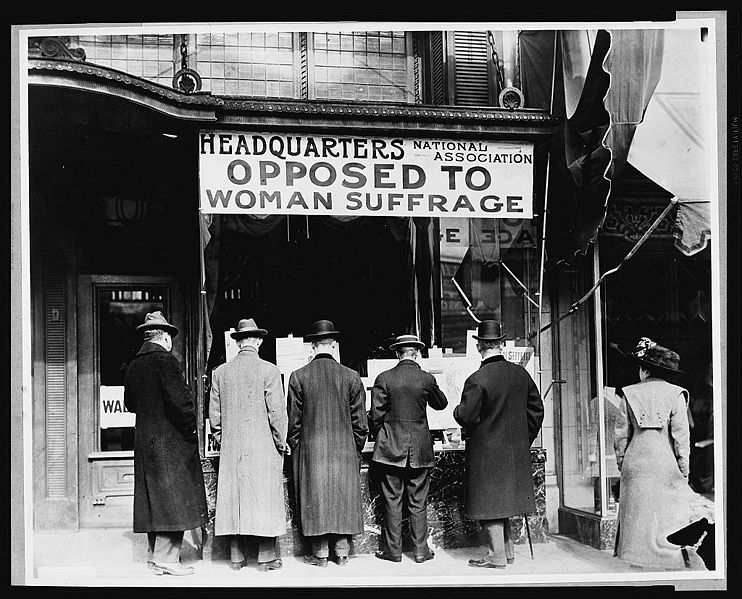 The case against all-women shortlists: the alternative route to participatory democracy…

The use of all-women shortlists to select candidates for political office enjoys the support of many feminists, women and political parties: however, I have several reservations regarding their relative usefulness for increasing female political participation.

Of course, I want more women involved in politics as much as the pro all-women shortlist campaigners. The relatively poor level of women’s representation is disconcerting, with women making up only one in five MPs, for example. However, pretending all-women shortlists is the answer ignores the power relations women need to radically challenge.

All-women shortlists can undermine movements towards a radical reconstructing of the underlying power relations, which are a primary cause of unequal democratic participation. They are artificial, faux democratic protocols, which create illusions of change.

This was illustrated perfectly by the recent defeat of the Fawcett Society’s attempt to challenge the Budget on grounds of discrimination. Many are aware of the prevailing power structures within the juridical system that act as frequent blocks to women’s justice. The same way that all-women shortlists would only adapt women to the system, instead of radically reconstructing the system for women, the court acts as a traditional patriarchal and heternormative institution that needs radical reform before women’s issues are considered, consistently, with the proper merit.

All-women shortlists fail to challenge the view that women are inadequate for political participation, especially as men are the ones who are often controlling the organisations and political bills required for such measures to be introduced.

Consider Venezuela, where President Hugo Chávez dropped a 30% quota, causing outrage; it illustrates that even once in place, quotas are not certain or reliable, and that only with real democratic reform will we have proper participation for women and many other, often excluded, groups.

We cannot rely on all-women shortlists

There are deep-seated cultural issues engrained within political participation that need challenging. Through personal experience of political campaigns and events, I am fully aware of the patronising, often sexist, rubbish women activists can face; and the problems such attitudes can create for future visions of political democracy. All-women shortlists will not remove this culture of negative disposition that often undermines women’s participation within local and national politics. Such measures may actually ironically reinforce the view that women need ‘special’ help to achieve political representation. Instead, movements outside ‘traditional’ politics and radical reform, where structural and social changes are ensured, are the most important way to enable participatory democracy.

We preside in a system of consensus, where the minority views (so often women’s, despite our population size) are discounted. We need a new way of doing politics, akin to citizen-style, face-to-face public assemblies where women citizens have a real chance to influence policy. However, this will take time.

Sadly, the mainstream parties are rather poor when it comes to radical reform; this is where outside movements, including the women’s movement, need to keep the pressure on. Big reforms, to areas such as childcare and redistribution of resources so that more women have the freedom to enter into work, are the real changes we need to focus on campaigning for.

It is a sad political affair, with women standing to be disproportionately affected by the cuts enacted in the name of ‘necessity’; diminishing women’s chances for representation within areas such as politics. Not only are women more likely to be in poverty, they are more likely to look after kids, be disabled, be single parents, work in the public sector – all areas that are being attacked by the government. This illustrates the need for coordination amongst the movements to influence politics, both ‘traditional’ and otherwise.

It is important to note, however, I am not suggesting woman selected by all-women shortlists lack ability or skills – but that is essentially the point: they don’t! The real issue is that they are seen to lack such talent for political office (with sexist/patronising attitudes often prevailing), or they do not have the time or money to engage in such a career.

Some supporters of all-women shortlists believe those against such measures are doing so because it insults their pride, or makes them feel ashamed. This could not be further from the truth. The fact is, changing the law and reform of the existing system doesn’t always work – consider the failure of the Equal Pay Act(s) to secure equal pay, for example – and so outside political movements and challenges are essential. To create real participatory democracy, there needs to be a coordination of movements, a radical restructuring of politics, aligned with a vision of a future society where consensus politics, which often shuts out counter-power structures/relations, can be replaced. But for now, radical reconstructing within the existing system is essential, but this will never be achieved through the adoption of all-women shortlists.

Picture of the entrance of the National Association Opposed To Woman Suffrage’s headquarters obtained from Wikimedia Commons via the Library of Congress, with no known restrictions on publication.

Jane Watkinson is a member of the Green Party (note, this is a personal opinion, as the Green Party support all-women shortlists) and a sociology student at Leeds University