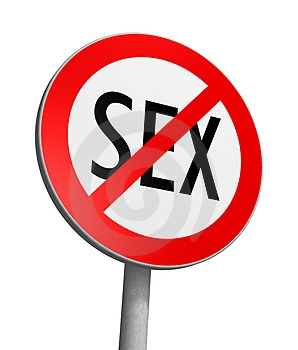 The efficacy of the sex ban

In Aristophanes’ anti-war comedy Lysistrata, the eponymous heroine convinces the women of Greece to withhold sex from their husbands in an attempt to end the Peloponnesian war. This is possibly the most renowned example of the beast-with-two-backs-making being used as a tool of political influence, but it set a precedent that still has resonance in the 21st century. This week, for example, Belgian senator Marleen Temmerman called for the partners of all politicians to stop having sex in an attempt to break the political deadlock – lasting over 240 days – and force the formation of a new government. Calling specifically on the spouses of the negotiators to keep their “legs closed,” she crassly instructed them to “have no more sex until the new administration is posing on the steps of the palace.”

Temmerman said she has not yet received a direct response from politicians and their partners, but that “about 80% of members of the public who had contacted her office have been very positive.” Since we are provided with no figures as to how many individuals have communicated their opinions, it is difficult to determine if this percentage is truly representative. However, it is an indisputable fact that ‘the sex strike’ has been endorsed by women across the globe in pursuit of a diversity of aims, including employment equality, immigration,improved water resources and political certainty, with varying success. Kira Cochrane has written about the relative triumphs of the sex ban, but just to re-cap:

The lady-folk of the small village of Skirt launched a sex strike to protest against the grossly inadequate water supply. A breakdown of the 27-year-old system meant that women had to queue for hours in front of a trickling fountain before carrying containers filled with water over a distance of several miles. Following the dismissal of constant requests for repair work, the women withheld all bedroom favours for one month. After frantic lobbying on the part of the village’s male population, the Directorate of Rural Affairs agreed to provide five miles of piping so water could be transported to Skirt from a nearby source. The men of the village had to lay the pipes themselves.

The widely publicised “strike of the crossed legs” saw wives and girlfriends of gang members attempt to stop gang violence following the death of 480 people in the coffee region. The specific aim of the strike was to force gang members to turn in their weapons in accordance with the law. In 2010 the city’s murder rate fell by 26.5 per cent, the most significant decline in Colombia, which could be testament to the impact of the former sex ban.

Hundreds of Neapolitan women abstained from sex in order to persuade their partners to stop setting off illegal fireworks. Backed by local authorities, the women sent out text messages urging men to “make love, not explosions.” However, in January 2011 one man died and 70 others sustained injuries owing to illegal fireworks, suggesting that the sex ban did not promote long-term change.

In an attempt to stop political infighting and the onset of violence, the Nairobi-based Women’s Development Organisation initiated a seven-day sex ban supported, in total, by 11 women’s groups. They offered to pay prostitutes for loss of earnings if they supported the strike.

The latter inspired Temmerman’s proposal. She was particularly impressed that “after just one week there was a stable government.” However, does comparison with the situation in Kenya offer a distorted perception of the likely result in Belgium? In order to estimate the effectiveness of a possible ban, it is necessary to consider prevailing attitudes towards male and female sexuality in the respective cultures. While rape is a criminal offence punishable by law in Kenya, rape within marriage is not criminalised, but socially accepted as part of the status quo. Not surprisingly, then, according to the 2008-09 Kenya Demographic and Health Survey – Preliminary Report, 13 per cent of women reported being raped by their husbands in the past year. Sex is something over which a married woman has little authority; she is simply the property of her husband, although the need for change has been identified.

On the one hand, the Kenyan sex ban arguably did nothing more than endorse the widespread belief that women are defined entirely by their sex organs. However, on the other hand, this was the only power accorded female citizens. Owing to their severely marignalised position in all socio-political contexts, promoting the idea that they could take control over sex was extremely brave, especially in a society that completely dismisses the concept of female desire. Deciding when and with whom to have sex is integral to enjoyment of our sexuality, and the fact that this fundamental right is denied women in different parts of the world is terrifying.

However, the question remains as to what sort of model of female sexuality a sex ban would present to Belgium’s youth. A senator herself, Temmerman holds an influential public position in her homeland, yet she is openly endorsing the commodification of the female body. She is encouraging women to not only self-objectify, but to objectify each other; to view their genitals as the only medium through which they can contribute to the political process. The possibility that this could be empowering is undermined by Temmerman’s validation of gender stereotypes, where men are lust-addled, sex-crazed beasts, never happier than when on-the-job, and women lie back with closed-eyes, thinking about tea-cakes and fluffy kittens and hoping, above all else, that he has the courtesy not to finish off on the new rug. Perhaps the difference between Belgian and Kenyan attitudes is more accurately highlighted by Temmerman’s comment on her dissenters:

“Ten to 20% [of those who contacted her office] who don’t have a sense of humour were upset, saying ‘This is really a disgrace, how can someone who is such a serious lady launch such a stupid idea?’ It’s hilarious that people take it so seriously.”

That she is able to trivialise her proposal and suggest it is nothing more than humorous folly undermines her sincerity. It implies that maybe the whole scheme is part of an elaborate media ploy to draw global attention to the country’s political leaders, thereby forcing them to make a decision condusive to political stability (and, if that’s the case, it might work still). That sex can – as it should – be spoken about openly and with a smile is indicative of a freedom of expression Kenyan women are denied. The strike in Kenya was a serious matter, not least of all because of the extreme vulnerability of the women taking part. In Belgium, while denying sex can be considered indiciative of the control women have over their bodies, at the same time it lacks the same impact because, thankfully, it is already recognised that women (both married and unmarried) *should* have complete jurisdiction over their sexual availability.

In Kenya sex, although the primary source of women’s subjugation, conversely became the source of their empowerment as they took control over something that traditionally defined their subservience. By contrast, in Belgium the inability of its advocate to take her own initiative seriously indicates why it is essentially met with apathy by potential proponents and not considered a serious, forceful threat by the male political classes. Though the plan has not yet transformed into a cogent tactic, its potential efficacy is already questionable – although, who knows?

Of course, there is another interpretation. Without legal ramifications, Kenyan men might have just taken what they wanted, although criticising political unrest while highlighting the continuing positioning of women as their husband’s chattels – propelled by the press to the world stage that largely condemns the lack of criminalisation of spousal rape – the strategy taken by Kenyan women was powerful. By contrast, in Belgium, since husbands are legally precluded from forcing their wives to have intercourse the withdrawal of all hanky-panky might be more acutely felt although, again, that analysis is largely dependent on the legitimacy of sexual cliches. The significance of the sex strike in Kenya was the unification of women for a single aim irrespective of the universally understood personal consequences whereas, in Belgium, Temmerman is nothing more than a solitary voice momentarily caught in the media’s spotlight for having sexed-up her country’s politics.

Are sex strikes an effective political move, or do they reduce women to nothing more than the sum of their sexual desirability? Is that ever acceptable, even if for the greater good? It’s a complicated issue, and perhaps it will always be a moot point.

[I have decided to turn off comments on this post as I have a deadline to meet for Monday and am not sure if I will be able to invest sufficient time in moderating. However, if anyone wishes to email me about this, they can do so here. I will endeavour to answer any emails I receive as soon as possible.]

Photo by djwingsia and shared under a Creative Commons license.