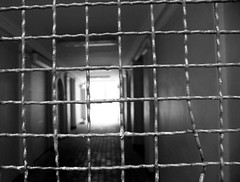 Via United for Foreign Domestic Workers’ Rights, there are reports of the abuse of Cambodian domestic workers training for work in Malaysia. This includes allegations that women have been forcibly detained in privately run training centres:

Local media in this Southeast Asian country reported that one woman died this month at a labour recruitment firm in Phnom Penh, while another trainee broke her legs attempting to escape. The firm has denied any wrongdoing in the woman’s death. But the controversy is a sign that the government’s belated efforts to regulate the rapidly expanding industry have fallen short. […]

Abuse claims made by domestic workers began to make waves last July, when stories of women who said they fled training centres hit the local newspapers. In multiple cases, the women reported they had signed up to be trained as domestic workers, but were not permitted to leave the training centres unless they paid large sums of money. Others claimed they escaped from cramped or squalid living conditions. […]

Several agencies have been known to recruit women in poor rural areas. They offer cash lump-sum payments and bags of rice to families in order to convince them to sign up their daughters – but the money must be repaid.

Tensions between the trainees and their employers surface when women ask to leave their gated facilities – often the companies will refuse or demand money to allow women to leave, afraid they will run away without paying their debts, according to rights advocates and industry representatives.

Image courtesy of maciek_draba and shared under a Creative Commons license