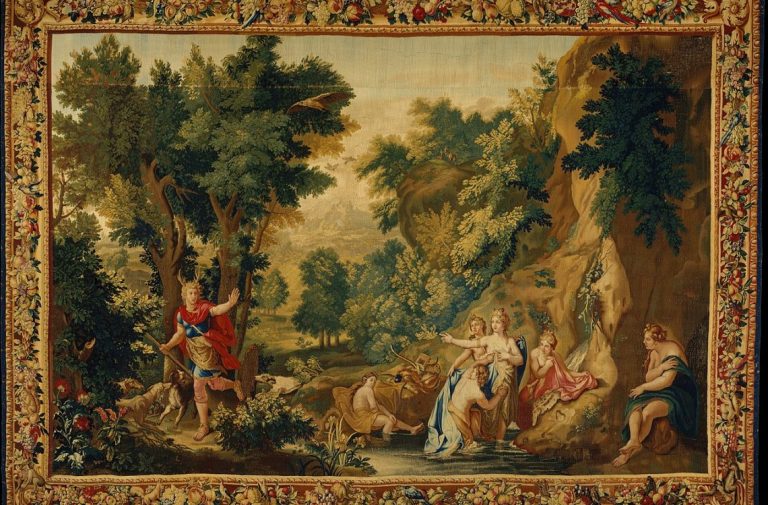 All-female, Bristol-based theatrical company, Hecate Theatre, will perform their twisted retelling of Roman classic “Metamorphoses” on 23rd – 26th March at Clifton pub, The Lansdown. The cast and production team, composed of students, graduates and local actors, have also announced that the production will donate 25% of profits made to breast cancer awareness charity, CoppaFeel – sponsored by Hecate Theatre since October.

Described as “definitely not for the faint-hearted,” Hecate Theatre’s second show updates six Roman myths from Ovid’s “Metamorphoses,” setting the stories in a Victorian girls boarding school. The show includes well-known tales like that of Arachne and Narcissus & Echo, retold in Hecate’s unique style. Written by Bristol University MA students, Helena Hoyle and Silvie Kilgallon, the play fuses tragedy, comedy and avant-garde, in an intimate, minimalist setting. Following on from the success of their first show, “A Halloween Cabaret,” this adaptation keeps the same dark, funny and quirky tone, sustaining Hecate’s aim to “re-invent Modern and Classical theatre with an all female cast.”

The light-hearted CoppaFeel charity raise awareness particularly among young women about how breast cancer can affect them – even at a young age. According to its website, the primary goal is to “reduce the incidence of late detection and misdiagnosed breast cancer,” but it also aims to “instil confidence in young women wishing to seek professional advice when concerns arise.” Profits made on “A Halloween Cabaret” allowed Hecate to donate £56 to CoppaFeel, whilst also promoting the cause through the show programmes and announcements.

Clifton resident and “Metamorphoses” producer, Hannah-Marie Chidwick, described her excitement for the show and why the company have chosen Ovid’s “Metamorphoses” for adaptation:

Everyone involved with ‘Metamorphoses’ has been working extremely hard and it’s very rewarding to see it all coming together! ‘A Halloween Cabaret’ was such a success – playing to packed-out audiences every night – that we feel under a lot of pressure to deliver for a second time. But I think ‘Metamorphoses’ is right on track to do that. The stories really speak to the 21st century – they’re funny, tragic, all about life, loss and sexuality – and we feel it’s a shame that they aren’t better known in modern culture. Our aim is to make these stories come alive in a way that will appeal to today’s audiences, whilst staying faithful to Ovid’s style. Moreover, this show gives us another opportunity to continue championing CoppaFeel – a cause really close to the hearts of our company.

“Metamorphoses” will be performed on the 23rd – 26th March at The Lansdown pub on Clifton Rd. Performances start at 7:30pm and entry is £6 standard, £5 concessions. For tickets, email hecatetheatre[at]gmail.com. For more information, visit Hecate Theatre’s website:

The feature image is a tapestry of Diana and Actaeon from a set of Ovid’s Metamorphoses. It was a gift from Mrs George S Amory, in memory of her father and mother, Mr and Mrs Amory Sibley Carhart to the Metropolitan Museum of Art. It is shared under a Creative Commons licence.