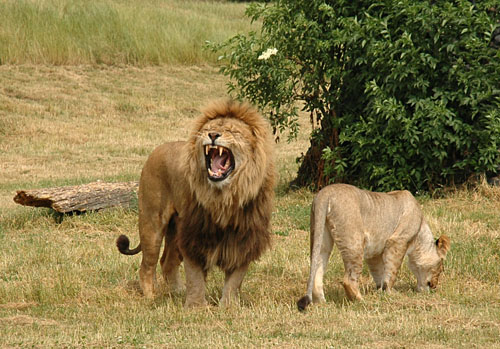 Men and women: are we really worlds apart?

Everybody knows men are from Mars and women are from Venus. Everybody knows that we women whine and hint, that we always want to talk about our feelings, while men command and state facts, right? But why do we speak differently? Three explanations have emerged in the last century, each with its pitfalls. Which is most likely, or is the gender language debate no longer really relevant in society today?

There’s no denying it: no education or social conditioning has succeeded in erasing the differences between the language of men and women. The reason for this, however, is far more contestable, the issue having provided a medium for blatant sexism, rampant feminism and a whole lot of self-help books (How To Tame That Beast In Your House Who Leaves The Toilet Seat Up and Communicates In Grunts, among others).

For Otto Jespersen and other linguists from the early 20th century, a woman is not a man’s counterpart; she is his wife. In Jespersen’s words, women are the “deficient gender” and their linguistic deviation from the (male) ‘norm’ reflects this.

Despite an investigation into memory in which women came out on top, it was still asserted that it was men who had the higher intellectual capacity – it was easier to succeed in the test when the subject was enough of an airhead that they could make use of “the vacant chambers of the mind”.

It’s not just old men born in the 19th century who have supported deficiency theory. In her most famous work, Language and the Woman’s Place, Robin Lakoff put forward a set of linguistic features that set apart a woman’s language from her “superiors”.

Lakoff stated that women use phatic (empty) language; apologise too much and can’t tell jokes, for example. Although her findings have formed the basis for a huge amount of research in the field, the viewpoint that women’s language reflects their inferior place in society is generally seen as outdated. In fact, it must have already seemed a little out of place in 1970s California.

A stance many readers may find more palatable is the theory of dominance. Historically, men have dominated in society and they use powerful language (such as interrupting) to reinforce this role. The powerless language exhibited by women and girls stems from their treatment as inferior, entrenched since the first caveman ordered his partner to make him a sandwich.

The same year that Lakoff published her observations, dominance theorists Candice West and Don Zimmerman undertook an investigation into interruption rates in mixed-sex conversations. In the 11 conversations they analysed, they found a total of 46 male interruptions and only two female. Surely this is proof women are more retiring in their speech?

Not necessarily – seven years later the linguist Geoffrey Beattie recorded 10 times as much material and found the genders to have the same interruption rate, suggesting that Candice and Wests’ results were probably distorted by one particularly voluble man. Despite their greater scientific rigour, Beattie’s findings were largely ignored: we will always have greater trust in findings that reinforce our existing beliefs.

The linguist Jack Chambers found that we differ in just 0.25% of our speech (to statisticians, this is classed as negligible)

The third theory is the only one that has seeped explicitly into popular culture (in the form of pop psychology and self-help books), despite its lack of explanation, or even evidence. Difference theory suggests simply that there is a male and female ‘genderlect’ – a variation of English specific to a gender – originating not from power but cultural differences. Exponents include Deborah Tannen, who distilled these genderlects into five key contrasts not dissimilar to Lakoff’s proposal. 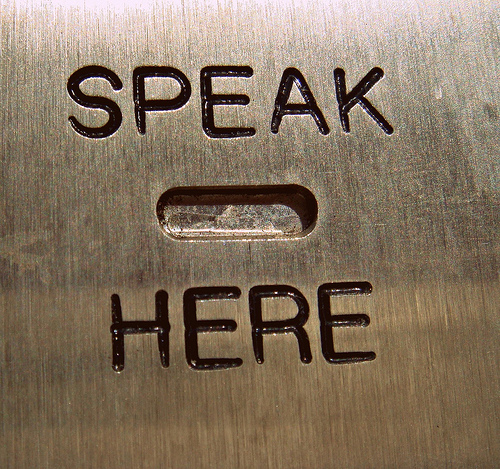 Pamela Fishman instead turned the deficiency idea on its head, stressing that women use subtlety and questions because of the power of these techniques in getting their way and understanding those around them. (The theory of difference goes hand-in-hand with post-feminist ideas: women are an entire species of our own and should celebrate what makes us ‘us’: namely nice breasts and ditzy comments.) However, the two-cultures model leaves a fundamental question unanswered: why the difference?

In her article ‘The gender similarities hypothesis’, Janet Hyde asserts that, desperate to reinforce stereotypes, we are disproportionately focusing on the difference between the genders. The linguist Jack Chambers found that we differ in just 0.25% of our speech (to statisticians, this is classed as negligible). Just as with height, intelligence and most high-order functions, there is more variation within genders than between them.

It seems it is our obsession with creating divisions within the human race that is hindering the evolution of a more equal and communicative society, not the divisions themselves. After all, we do, in fact, speak the same languages and we are from the same planet.

Kitty Sadler is a raving feminist and socialist (but not a socialist feminist!) off to study social sciences at Cambridge next year, where she hopes to make herself a reputation for being charmingly vociferous