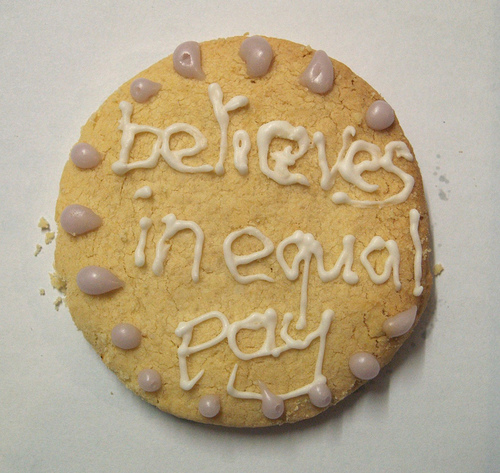 New feature: Equal pay and the fight for equality in the workplace

I thought we could all agree on the first one: men and women doing the same job should get paid the same. However, since Ellie Levenson commented in The Independent that belief in equal pay for the same job is a feminist concept, we probably need to re-consider this:

In fact ‘I’m not a feminist but…’ has been one of the most frequent refrains I’ve heard, with women then going on to tell me they are in favour of equal pay for women who do the same jobs as men.

Levenson is often criticised, but really, does a belief in equal pay for the same work make you a feminist? If Levenson’s definition is correct the majority of the population are feminists (at least publicly).

I think it is useful to consider this idea: do we as feminists think that women should get paid the same amount of money for doing the same work as men? Yes hopefully that is a given. Does society at large accept this principle of equality? Well it could be argued yes they do, the cases of women being openly paid less for doing the same job as a man have almost disappeared.

Read the rest of this feature by clicking here