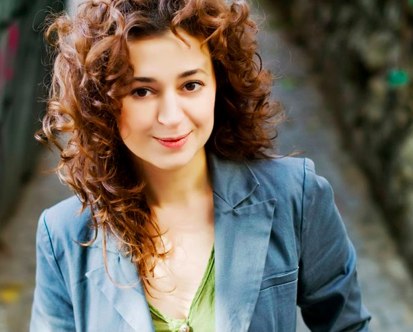 Ece Temelkuran’s passion for storytelling is clear in the first few minutes of meeting her. But, as a Turkish woman, some stories are dangerous for her to tell. Mary Pole reports

At the turn of the 20th century, more than a million Armenians living in the Ottoman Empire were systematically killed through a series of deportations and massacres. These events are known in Armenian as the Great Crime and are an integral part of Armenian national identity. The state of Turkey, successor of the Ottoman Empire, has never acknowledged responsibility for the genocide and continues to perpetuate a national identity that denies its Armenian heritage.

In 2007, Hrant Dink, an Armenian-Turkish journalist and close friend of Ece Temelkuran’s, was shot dead outside his apartment block for his reconciliation initiatives. She decided to take on his work and tell the stories of Armenians. The goal of the book that resulted, Deep Mountain, was to deconstruct the identity and national myths that obstruct dialogue between the two sides, by interviewing Armenians from a wide range of backgrounds, both in Armenia and in the diaspora. The majority of these interviews were set up by Hrant Dink before his death.

“The word reconciliation is too over-rated. It’s always storytelling,” Ece says. “You tell your stories and then you either forgive the other side or you don’t. But it starts with the storytelling, which sounds naïve, but it’s not, it’s the hardest thing on earth. My suggestion is that we tell the stories truthfully, openly and genuinely. As Turks we need to listen to the stories of Armenians because they’ve been keeping that story in for such a long time.”

The same woman that sits in front of me sipping on a herbal tea started off storytelling in the male-dominated media industry in the Turkish capital, Ankara, when she was just 19. Since then her career has taken her to the war zones of Southern Lebanon and Iraq, where she has re-defined her womanhood and has discovered different facets of her gendered identity. “I’ve undergone a professional deformation. In some places you have to become like a man or you can’t survive. You learn to develop a double personality. When you need to be a man you become one.”