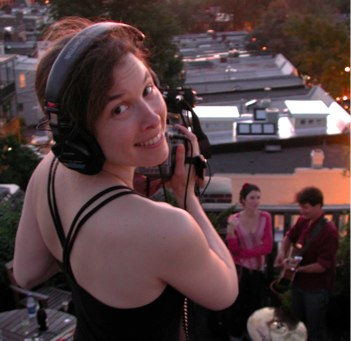 When the manufacturers of a drug to treat male impotence were eclipsed by the success of a certain rival product that names with Niagara, they turned their attention to women. Filmmaker Liz Canner (right) was asked to help them create the sensitive-yet-stimulating movies they would need for their research and found herself following the company’s strange alchemy for nine years.

The film she has produced, Orgasm Inc: The Strange Science of Female Pleasure, which is screening on Sunday as part of the Birds Eye View film festival in London, is amazing and fascinating, and its subjects are often wallbangingly frustrating.

The quest for the ‘pink V****a’ shows little regard for the fact that women don’t really have the same a capacity for mechanical sexual malfunction as men; scientists complain about how women’s arousal and satisfaction are harder to measure without the same graphs and endpoints, not, it seems, realising that this is because women are not essentially inverted men.

The aims of the pill are stubbornly vague. Is this a drug that will give women more pleasurable orgasms? More orgasms? Orgasms from penetrative sex? Longer lasting erections? No one seems to know. There is very little sense that there is even any demand for this product outside of what a marketing campaign has dreamed up, but somehow female sexual response will be sorted into normal and abnormal and the abnormal will be fixed. Yuk.

A sex toy retailer has some much simpler, much funner, non-drug based ideas, which certainly ought to be a first resort for women who want to feel more comfortable with their sexual-selves

The one test subject we see turns out to be perfectly capable of orgasm but was undergoing an invasive, surgical procedure because she wanted to orgasm from penetrative sex. Never mind the fact that most women don’t orgasm this way and sex has a great deal more to offer than that. 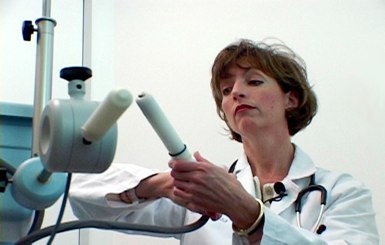 Of course, some women do have all kinds of problems enjoying sex. But the film makes the point that most of these problems could be dealt with by better education and understanding. A sex toy retailer has some much simpler, much funner, non-drug based ideas, which certainly ought to be a first resort for women who want to feel more comfortable with their sexual-selves.

An interesting side note here, and one the film didn’t really make a satisfying parallel with, was the medicalisation of women’s hysteria in the Victorian era and the development of vibrators as a ‘cure’. It would be somewhat comforting to think that something similarly fun would come out of this century’s misguided foray into female sexuality. Watching Orgasm Inc through to it’s devastating conclusion, that outcome seems doubtful.