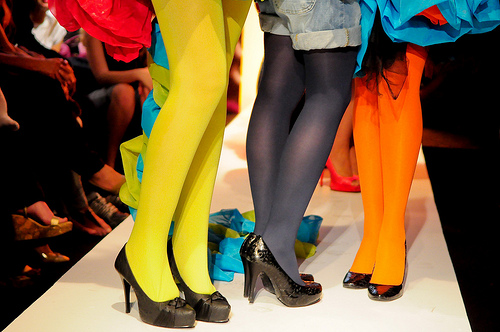 It is strange and troubling to look back and realise that 1997 – the year when parliamentary politics became visible to me, with the celebrity-spangled election of Tony Blair’s New Labour – marked the beginning of my depoliticised and disengaged youth.

As a teenager, like so many others then and now, I was both self-obsessed and acutely lacking self-confidence. My friends and I spent so much of our school years consumed to the point of paranoia with our self-images. We constantly reassured one another that we were unique, interesting and attractive. Our struggles and concerns, preoccupations and passions, were almost entirely bound up in our individualistic bubbles of self-interest.

Every Saturday would be spent buying a new outfit for the evening’s alcohol-based fun, as if I could renew myself every week; as if I could purchase the possibility of a cooler, sexier me with a dress from Topshop. I hated shopping and the way that it made me feel – the hours that I have spent cringing at the sight of myself in dressing room mirrors were like poison to any burgeoning self-confidence.

I went to university because I thought it would make me a more attractive and interesting person (if I’m brutally honest). But studying literature and language had a radical and empowering effect on me

It did not occur to me that the problem was not my spotty chin or hefty thighs but the fact that the culture encouraged me to fixate on these things. I hated the gut-looping anxiety of submitting my body to other people’s assessment of my attractiveness – which was what social functions came to feel like. I hated all of this so much that it required half-bottlefuls of vodka before I could even walk in the pub. But it did not occur to me that this was strange or problematic – because it is precisely what everybody else was doing. It did not occur to me to try and seek common ground with other girls or to talk through our shared experiences with one another. 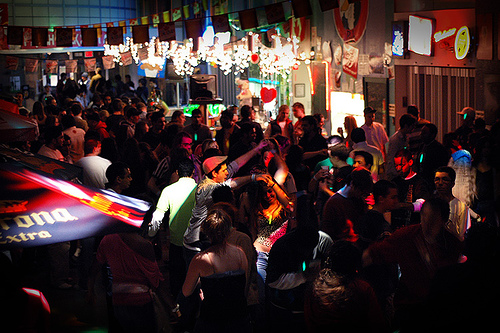 For one thing, we saw ourselves as unique individuals with unique problems and experiences. Moreover, we were one another’s competition for the approval and desire of the boys. Isolated individuals in sexual competition with one another – that is what we were. Our lives were simultaneously vacuous and incredibly painful. Or perhaps that is unfair, our lives were meaningful and complex, and our feelings were sincere – it is only that we worked hard to hide this from one another. We had, without knowing it, recognised and internalised the powerful idea that to be successful and valuable as women, you had to be confident and self-assured and ever-smilingly happy.

However, at university, where I studied English literature, something new began to happen. I hadn’t gone to university to question myself and deconstruct my basic assumptions about the world – I had gone because I thought it would make me a more attractive and interesting person (if I’m brutally honest). But studying literature and language had a radical and empowering effect on me. I began to recognise that the world that I had been born into – and the values that I had assumed were natural and commonsense and inevitable – are in fact political constructs and there are alternatives.

Specifically and most powerfully, it was feminism that transformed my worldview. Not only, I learnt, are norms of femininity (passivity, prettiness, sexiness, submission) ideological constructs, but they also help to maintain the social, political, cultural and economic inequalities between men and women. Suddenly I had a language to critique the inequality I had been told no longer existed. Suddenly I had a way to resist.

I also became conscious for the first time of having a skin colour – white – and of the problematic power relations that follow from this. I recognised and questioned my own prejudices; cringed at the racist stereotypes I had uncritically taken on board in my lifetime; and saw how racism operates not just in extremist political subcultures but in everyday, ordinary life. The idea that there were any grounds for critiquing capitalism was alien to me – before going to university and studying a humanities subject.

There are thousands of examples that I could give from my own experience at university and the profound impact it had on my life. I now teach at a university and every single day I see the value of learning arts, humanities and social sciences. That value is not measurable by market logic; it is immeasurable because it allows students to think critically, to challenge orthodoxies, to refuse to accept inequality as natural or inevitable. This value is to be cherished, strengthened and funded in a democratic society, In withdrawing financial and ideological support for it, the democratic credentials of the society are severely, and in some ways irreversibly, eroded. 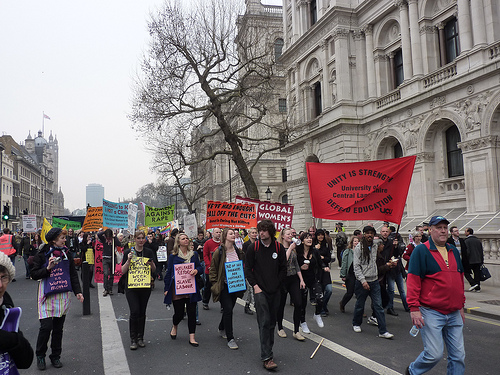 Now, for the first time in my adult life, I am a citizen under a Conservative-led government. It is worse than I imagined it would be – and that is saying something. It is doubly galling because I voted for the Liberal Democrats who are propping up – nay, actively promoting – Tory values that translate into Tory policies that translate into economic, educational and social apartheid. My instincts are to cry out ‘Come back Labour, all is forgiven!’ – but they are guilty, too, for making neoliberalism such a normalised presence in our collective lives. Ed Milband must go further in defining himself against a government who are audaciously undermining principles of equality and social justice. For feminists, we need to recognise that the public spending cuts will have a disproportionate and devastating impact on women’s lives, especially poor, disabled and minority ethnic women.

The cuts to higher education and the withdrawal of funding for arts and humanities courses is part of this wider attack on the welfare state and social democracy, on the poorest and most vulnerable. The struggle must be against all ideologically driven, neoliberal shock tactics on the state. But arts and humanities within higher education must form a distinctive site for resistance – they must argue for their own unique value to society.

We must protect critical and creative learning because this is where resistance can come from. The coalition’s assault on arts and humanities teaching at universities is an assault on critical thinking and creativity – as such, it is an assault on people’s ability to challenge political authority and social inequalities. It is very hard not to conclude that it is a conscious attempt to stifle subversive and radical thought. For feminists, arts and humanities education provides the space and the tools to recognise how and where and why sexism exists, morphs and persists – and how to fight back creatively, critically and powerfully.

All those who have benefited from an arts or humanities education should rise up against this ideological attack. We must challenge the powerfully propagated idea that ‘there is no alternative’; there are alternatives: to patriarchy, to neoliberalism, to extreme individualism, to racism, to inequality. We must come together – in a spirit of coalition, no less – to resist this body-blow to social democracy.

Nola Kay is a UK-based feminist, mother, academic and devourer of cheese