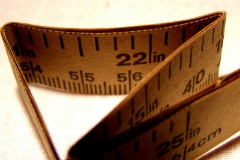 There is a video currently playing on the phones of many British Punjabi men showing a professional dancer at a wedding in India. The song she is dancing to topped the BBC Asian Network’s Chart probably because of the viral. I’m used to Punjabi music videos showing artists surrounded by flash cars and dancers with short skirts, but this one got me worked up more than usual.

The viral video does not offend me, it’s the comments and the views that they express about the dancing and the performer that I take issue with. In my opinion, there is nothing wrong with the dancing. The woman seems to be enjoying herself, is showing little skin and the moves seem tame compared to western dances or even the dance moves in the original music video. Sadly the original is a fairly representative of most Punjabi music videos. It is set in a club and no one seems to be remotely concerned about the dancers in it, what they are wearing or how they are used purely for decoration. This format of music video has become so normalized that one one raises an eyebrow.

According to the comments that have been written on the viral, the dancer is too westernised, has no shame and much be of a loose character as she dances in a provocative way. It is of course fine for an Asian male to view and enjoy raunchy dancing, but only if it’s not done by Asian women, especially in traditional dress. Such are the stereo types, that if the dancer had been wearing western clothes, I wonder if she would still have been considered shameless. For many British Asian men, traditional dress means a traditional woman who stays at home and obeys her family and does not shake her hips in front of a crowd for money.

The main issue I have with the song itself are the lyrics. The words refer to a girl who has a waist measuring 28 inches and who weighs 47 kilogrammes (for non Punjabi speakers a rough translation is here). The fat girls get married off early, but because she has gone on a diet to reach 47 kgs, this girl is full of fun, fashionable and attracts the boys. For years Punjabi songs have used coy metaphors about a woman’s beauty, referring to her as a snake, a kite or even a candle. But to spell out the required measurements as it does just fills me with anger and disgust. If the weight issue is not enough for one song, skin lightening creams pop up in the last verse and don’t get me started on the moaning noises before the chorus.

Given that eating disorders are a hidden problem in the British Asian community, I would have liked more reaction to the lyrics of the song, rather than outrage at a girl dancing. The messages in the original video, the viral video and the song are confusing and contradictory. Not only should a Punjabi woman be fair skinned but she should be demure in a salwar kameez and remain plum if she wants to marry. But if she wants to “have fun” with the boys, she should wear western clothes, gyrate in a club and go on a diet. One song and a couple of videos can’t be held responsible for eating disorders, but they should not be allowed to place impossible pressures on young women either.