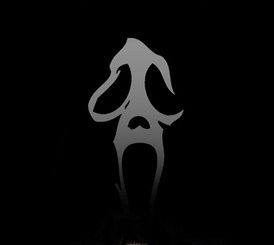 Can non-overt feminism be the most radical of all?

Having watched both Scream 4 and the concluding episodes of French crime-drama Spiral this week, I was struck by how feminist both were. And yet, on closer inspection, I was pushed to find distinctly feminist tropes in either.

The Scream series purported to be the first “self-aware horror franchise”, an ethos they sustain with fourth instalment, Scre4m. The onus of the film is on iPhones, liveblogging and hyperreality, rather than in progressing gendered depictions in slasher films – and yet, it felt distinctly feminist. US The Awl rather succinctly relayed the feminist conceits of the film here.

“From the ultra-meta opening to the semi-ridiculous ending, this is a woman’s show. The ladies dominate nearly every scene, bitching, snarking, joking…And, most important of all, they’re not being punished for it. There’s no comeuppance for hitting on another man’s husband or telling the hot jock to fuck off. The notable one-liners, ballsy moves, wisecracks—all are made by girls.”

Horror and slasher films have a tradition of offering subversive spaces in which feminist ideas can flourish. Carol J. Clover’s Men, Women and Chain Saws wrote extensively on this, identifying the ‘Final Girl’ institution, of which Scream’s Sidney Prescott is almost the poster girl. Both conforming to (a gender neutral name) and subverting (she has sex in the films) the fundamentals of the notion – the initial Scream trilogy arguably worked around these parameters. The final Scream installment however, appears to make no such attempts at exploring such issues; none of the murders are in any way gendered and there exists no difference between the victimization of men and women within the film. The girls are just as self-aware, culturally savvy and courageous (or not so) as the boys. Sidney doesn’t even properly scream. And yet, it doesn’t feel as if they’re making a particularly politically loaded statement – it’s just the way it is.

Likewise, Spiral. The French police drama’s protagonist Captain Laure Berthaud leads an investigation division of the Police Nationale, displaying a typically masculine depiction of policing. She’s shrewd, uncompromising, fearless, obsessive and a true leader. And yet, this again is not presented in a particularly feminist or reactionary way. When she leads her (mostly) male group, it is not radical – she is their superior and so naturally she would. The Guardian ran a piece hailing her as a feminist anti-hero – though, I do not believe she is. Whilst she leads the way in cracking an organised prostitution ring, she has almost no empathy for the prostitutes forced to work within it, and her obsession with young-woman targeting serial killer is more of a personal vendetta than a stand against male violence.

Though casually progressive, both Scream 4 and Spiral are not overtly feminist. Yet in an entirely uncongratulatory and unpoliticised way, they represent true gender equality – the good and the bad in men and women. And isn’t that (or to me at least) what feminism is all about?

Photo by Bioxid, shared under a Creative Commons Licence.