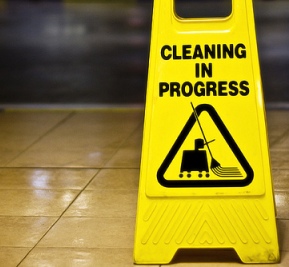 I’m a bit late to this one, but PCS trade unionists protested outside Buckingham Palace the day before the royal wedding to put pressure on the royal family to pay their cleaners the London Living Wage of £7.85/h. They are currently paid £6.45. Although the cleaners’ pay is set by their contractors, KGB Holdings and Greenzone, the PCS believes that the royals have a moral obligation to ensure their staff are paid fairly (plus it’s not like they’re in no position to do so!).

And quite right too. Considering the inexplicable value so many thousands of people in this country seem to place on our unelected, tax-payer-funded rulers, the least they could do is ensure that those of us commoners who have the “privilege” of working for them receive enough money to live off.

Ah, the royal wedding: the symbolic transfer of female chattel from one man to another combined with the deeply-entrenched power and privilege that keeps working class women right at the bottom of the social pile, neatly tied up in a rags-to-riches princess fairy tale narrative. A triple-whammy of patriarchal joy.

You can support the cleaners by signing this petition.

Photo of a yellow “Cleaning in progress” sign on a mopped, tiled floor by inf3ktion, shared under a Creative Commons license.