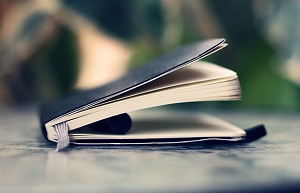 Who is the average journalist? Do they look anything like the communities they serve? In many cases, the answer to that is no.

In the UK, women make up only 30% of reporters and 33% of editors. That’s slightly worse than the global average. Less than 3% of NUJ members are black, and I couldn’t even find statistics on other ethnic minorities.

So I wanted to highlight an excellent example of good practice going on in New York next month, Global Connect! Up to 25 women living in New York from the global diaspora will receive a day’s training to bolster their reportage, with the aim of supporting women “from local ethnic media and the blogging community to better report on gender justice themes connecting local communities in New York to international news issues”.

Two really fantastic media organisations are involved in this project: Women’s eNews and the Global Press Institute, which I profiled back in February. Google will be providing some technical training as well.

Six of the best women to attend the training day will go on to write a series of comment pieces for Women’s eNews in response to news in their country of origin. So we, the readers, get to hear some new voices and new perspectives.

There are efforts underway here in the UK too, such as the Journalism Diversity Fund.

But this is only the beginning of the solution. The lack of diverse voices in journalism is about endemic issues – particularly, here in the UK at least, low pay at the beginning of your career, which inevitably narrows the range of who is able to enter journalism in the first place.

Photo of notebook by Amir Kuckovic, shared on Flickr under a Creative Commons license