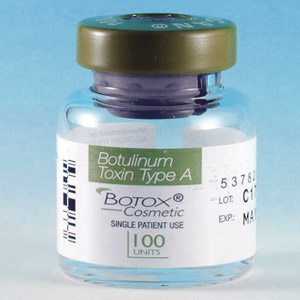 “I just don’t think wrinkles are nice on little girls.”

(Image shows a bottle of Botox.)

The eight-year-old girl whose mother injected her with Botox has been taken into care as the case is investigated by US welfare services:

The eight-year-old said Botox was a painful procedure.

“It hurts,” she explained in an interview with the US network ABC. “I just don’t think wrinkles are nice on little girls.”

She said the treatment made her look “way better, beautiful, pretty – all those nice words”.

It’s not illegal to inject a child with Botox in the US as it can be used to treat certain medical conditions, including neurological disorders.

Trent Rhorer, from the San Francisco Human Services Department, investigated the case and says removing a child is the last resort.

He said: “I would trust a social worker’s judgement because the reports from the doctors we consulted with say there is a very serious risk to a kid subjected to Botox injections.”

Image courtesy of AJC1, shared under a Creative Commons license