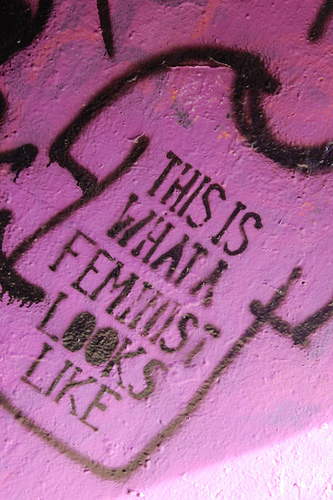 Feminism took up many more inches of print in women’s magazines last year. But, asks Hannah Mudge, did the media coverage accurately represent the movement?

In the summer of 2010, I attended a feminist conference in London. It was a positive and informative experience, but one that was marred slightly by an encounter I had with a journalist and the questions she asked me.

The encounter made me take a step back and think about the portrayal of feminism by women’s magazines in recent months.

A woman in attendance had identified herself as a journalist and told us that she’d love to talk to any delegates who were interested in contributing ideas to a feature she was writing for a women’s magazine. As a feminist blogger who used to be a journalist, the representation of women and feminism in the media is something that fascinates me, so I decided to go over and chat.

She asked me a series of questions about what it means to be a feminist today – and I came away slightly irritated by the direction the conversation had taken.

In the past year, we’ve seen many of the biggest mainstream women’s magazines cover feminism in a way that previously would have been unthinkable. In part this is probably down to the fact that 2010 also saw the publication of a number of books on feminism, which have been the starting point for many a debate though newspaper columns and blog posts.