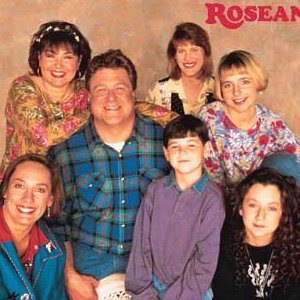 Roseanne Barr on the challenges of making a hit sitcom

Roseanne was pretty radical for television.

So, it was sad and disappointing to read Roseanne Barr opening the curtain and showing what it was really like to get the sitcom made.

It didn’t take long for me to get a taste of the staggering sexism and class bigotry that would make the first season of Roseanne god-awful. It was at the premiere party when I learned that my stories and ideas—and the ideas of my sister and my first husband, Bill—had been stolen. The pilot was screened, and I saw the opening credits for the first time, which included this: CREATED BY MATT WILLIAMS. I was devastated and felt so betrayed that I stood up and left the party. Not one person noticed.

Yeah, it carries on from there.

Of course, Barr had this experience in the 1980s. You’d hope things have got better since then. But then Melissa at Women & Hollywood writes:

Please tell me how these environments still exist in 2011, if TV producers today are afraid of being sued for creating a “hostile work environment.” The problem with this is that female writers are not comfortable making legal cases. They usually leave the show because they want to write again, and I would imagine have ideas for their own shows. Every female writer I’ve talked with who usually is still a minority in the writer’s room could file a hostile work environment suit. But none do.

Deadline just published a breakdown of the number of women commissioned to write pilots for US television, and it does look like the numbers are going up, albiet from a fairly dismal base. A small glimmer of hope?