WAR’s open letter to the DPP 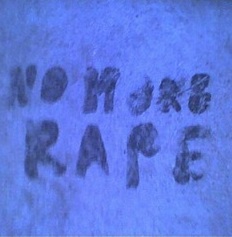 Women Against Rape recently met with Keir Starmer, the Director of Public Prosecutions (DPP) to object to the number of victims wrongly accused of making a false allegation of rape and then prosecuted. You may remember that I blogged about one of the women they are supporting, Gail Sherwood, last year.

Following the case of the woman who was prosecuted for falsely retracting her rape accusation, the DPP announced that he would personally look at all cases of ‘false retraction’ before a prosecution can go ahead. Shortly after, the Crown Prosecution Service (CPS) published Interim Guidance of what they should consider before prosecuting anyone for a false allegation of rape or domestic violence. WAR have responded to this, and are encouraging other individuals and organisations to do so too. Unfortunately the deadline is this Friday, 6 May, but if you want to help and don’t have time for a full response, you can endorse WAR’s open letter, here.

Photo of graffiti reading “no more rape” by Steve Rhodes, shared under a Creative Commons licence.