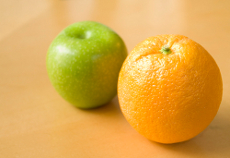 Here are some articles and blog pieces we’ve been reading over the past week that we’d like to draw your attention to.

NB: The weekly round-up post is a place for us to share links to articles that we think may be of interest to readers or were of interest to us. We don’t always agree with every viewpoint expressed in the items and, as with actual pieces on the site, none of them reflect any ‘official view from The F Word’ because not all members of the team will necessarily hold the same opinions on the topics. We also have no control over the content on external sites so you are advised to use your own discretion and approach them with due caution.

A letter to Denis Macshane MP

Britain before and after the NHS (UK Uncut)

Want to kill your daughter’s self-worth? Stop by at the nearest toy store (empowering-girls.blogspot.com)

The IMF: violating women since 1945 (Foreign Policy in Focus)

A feminist’s response: The appointment of LIFE to the government’s sexual health forum (Percolate Magazine)

The Virgin! Roar. The feminist virgin blog carnival (it’s probably worth mentioning that some of the pieces on this site do question the notion of “virginity” as a concept.)

The Rayanne Project (We’re looking for media — writing, photography, videos, essays, photocollages, some amazing thing you came up with that we haven’t even thought of — that will use the lens of My So-Called Life (and, in particular, the character of Rayanne Graff) to talk about female adolescence, punk identities, and marginalized persons or subcultures.)

Immigration campaign from Lush (The Guardian)

Where are the girls in children’s lit? (Ms Magazine)

Where Are the Black Characters With Speaking Roles? (The Root)

Doing maths is for ugly girls (The Society Pages)

Reteaching gender and sexuality: Put this on the map (We Got Your Back Project)

The story behind the world’s oldest museum, built by a Babylonian princess 2,500 years ago (io9)

Asexuality and the queer community (Lashings of Ginger Beer Blog)

Abandon the knife: In the Pokot community in Kenya young girls are starting to fight against the brutal rite of female circumcision

What if you looked at war as though women mattered? (ITVS)

What can we learn from Norway’s feminist success? (New Statesman)

(Also see our coverage of this story)

Whose Slow Food? (Tangerine and Cinnamon)

Dame Barbara Mills dies after a stroke (The Guardian)

“You Were So Pretty Before”: Gender and its Implications within Modern American Tattoo Culture (The Alt Librarian)

And, finally, here’s a super-catchy song from Jonathan Richman:

Thanks to emmmaz1’s channel on Youtube for helping me discover it!

Image at the top of the page shows an apple and an orange. Courtesy of TheBusyBrain – shared under a Creative Commons license