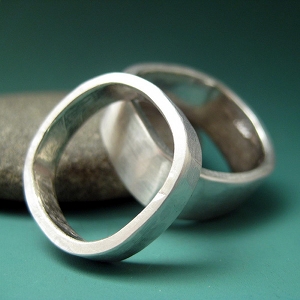 Why our partnership isn’t a marriage

It’s now just over three months until our Big Gay Wedding. Excuse me while I freak out for a minute.

In fact, it’s not going to be very big (close family and a handful of friends), or even particularly gay (almost surprisingly, not quite all of the friends we’re inviting are queers). But we are getting a civil partnership. So perhaps the more pertinent point is that we appear to be a straight couple and, unlike Katherine & Tom, we’re able to get away with it. Like Katherine and Tom, there are a lot of reasons why we want a civil partnership and not a marriage.

We’d been engaged a year when we started planning October’s event. Originally we tried to plan a wedding, but it felt like we were shoehorning ourselves into something pre-formed and ill-fitting, so we gave up for a while and didn’t start planning in earnest until about February, when we made the shift from civil marriage to civil partnership.

Getting a civil partnership rather than a marriage is what tipped the scales in favour of doing it at all. There had been a kind of hesitancy holding us both back until that decision was made. My partner had never imagined getting married. Investigating the symbolism of all the different elements of a traditional wedding certainly didn’t fill either of us with enthusiasm to reinforce or reiterate them, even if, having read a lot of Butler, we knew that by doing so we would shift their meaning oh-so-slightly.

We learnt almost by accident that getting a civil partnership meant we didn’t have to be ‘proclaimed’ by someone we’ve never met before after parroting a set of vows which don’t really represent our relationship, or at least don’t account for any nuance or personality.

We won’t be ‘husband’ and ‘wife’ (though I’ll probably still use “I’ll have to ask my wife” when my partner’s out of ear-shot, to get out of making decisions about things like technology and cars – using it to get out of decisions about ‘feminine things’ would be both unnecessary and reinforce the stereotypes we feel so uncomfortable about).

Our decision to sign the register one day and then have a small celebration the next means no walking down an aisle (solving discomfort about being ‘given away’) and no bouquet (we’re environmentalists, as well as feminists, and wanted to avoid cut flowers as much as possible). This makes it easier to move away from the traditional-style ‘wedding dress’ which, before everything else, one is unlikely to wear again.

An afternoon tea means our families will be included in something, but doesn’t subscribe to the ‘one special day’ idea which seems to distract from the fact that the relationship should be important, not the event. And we’ll already have enough cake, so there’ll be no wedding cake to cut, with all that symbolises.

In a strange way, realising we should get a civil partnership was a lot like realising I should medically transition. I don’t remember where the thought came from, but I suddenly couldn’t see the reason why we weren’t, and I can remember where I was when it happened. I looked into legal reasons to get a Gender Recognition Certificate (which I would need for us to get married), and couldn’t see any convincing argument.

When we went to give notice at the registry office, and I had the opportunity to give my previous name for the certificate, it actually brought home to me just how important it is to me to not be erasing my past in any way in order to build my future. The only remaining thing for us to feel uncomfortable and unhappy about really, is that everyone doesn’t have the choice that this loop-hole affords us.

Photo by Sara Westermark, shared on Flickr under a Creative Commons license