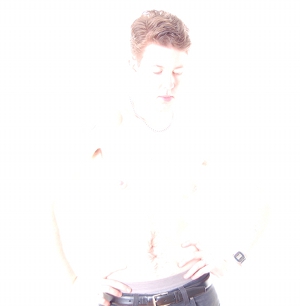 But, to explain, I’m not for a second one of those guys who counters women’s complaints about men constantly perving on them with “I wish women looked at me that way”; I detest entitled men who think women actually want to be harassed by them, as much as any other feminist. And I recognise that even before transition I experienced various privileges that meant I mostly felt safe being looked at. But I’ve always liked people to pay attention to me, mostly because I felt I was making people think twice by doing so.

For a long time, I believed my most useful political tool was my appearance. I refer to periods of my past as “when I was intentionally, disruptively trans”; I first got involved in trans projects to try and ensure diversity was represented, and have continued in that role for many years. I got some flak from the student queer community when I came out about my decision to take hormones, because I’d been a poster-boy for “there is another way”.

I started being read as male almost 100% of the time after barely six months on hormones. In January 2010, I spent a week with queer activists in Strasbourg at a study session called Gender Queer University: Questioning Norms in Higher Education, where, even though I thought I’d made it obvious through my input, it was day four before another trans man attending realised I was trans.

I have a partner who was assigned female at birth and presents as a woman. We look like a straight couple to most people. I feel uncomfortable watching pride parades from the sidelines in case people think we’re gawping at the gays. I miss the shared slight smile of recognition I used to share with queer women and genderqueer people as we passed each other in the street; I hear Mini drivers have a similar tradition, but I don’t drive, and we’ve chosen to be a car-less household. I’m now an outsider to groups I’d always belonged to, but might also be viewed as a potential aggressor, sometimes even after I’ve come out.

Obviously there are benefits and privileges, too, but not in terms of activism, I thought for some time. My appearance had always been such a big part of my political action: when I got tired or burnt out I could always fall back on the fact that I was doing work just walking down the street.

This invisibility does have benefits to me as an activist, it turns out, albeit ones I’m very conflicted about and am always looking for a way around.

Firstly, looking like a man, when I talk about feminism it’s harder to level against me the accusation that I’m being ‘self-interested’ (even though we should all know by now that feminism is good for men, too). Disappointingly, sometimes this means I encounter less resistance (surely those who’re personally invested and have experience should in fact be the best people to listen to on an issue? I’ll always advocate for that).

Secondly, I can continue to queer gender and disrupt gender norms. I can show people that gendered roles, interests and behaviours aren’t connected to biology, or even gender, more effectively if they don’t know I’m trans. If they know I lived as a girl/woman for 20 years, was assigned female at birth, the fact I make quilts, or wear eyeliner, or want to stay at home with the kids, or talk about men being attractive, becomes suddenly so much less subversive.