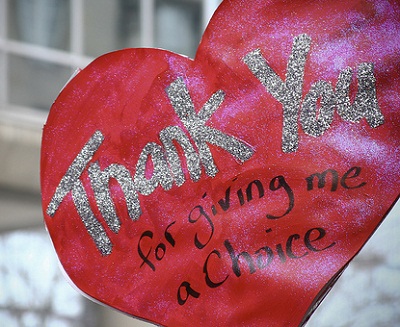 With the anti-choice brigade pushing their views further up the political agenda, thanks to the likes of Nadine Dorries and her Tory allies, now is the time for the pro-choice majority to step up and make our voices heard. A member of Swansea Feminist Network has organised a protest outside parliament on Saturday 9 July, and needs as many people as possible to join her!

Unfortunately I’m out of the country that weekend, but I will at least be writing to my MP asking him to support women by:

Opposing amendments to the Health and Social Care bill demanding that women be subject to mandatory pre-abortion counselling from “independent” organisations that do not carry out abortions themselves. These organisations are likely to be the usual suspects – LIFE and Crisis – who have been accused of peddling myths about abortion (see my next point) and do not make their anti-abortion stance clear. Delaying women’s access to abortion will also result in abortions having to take place further into a woman’s pregnancy, which is perhaps one thing that people from all sides of the debate can agree should not be happening.(See this Abortion Rights briefing for more details.)

Opposing any debates, motions and legislation based on unscientific claims about foetal survival rates and abortion. The latter include claims that abortion increases the risk of infertility and breast cancer and can lead to “post-abortion syndrome”, all of which has been disproved time and again by research in both the US and UK. When carried out correctly, abortion is very safe, and the most common feeling women experience after it is relief.

Ensuring that women’s rights remain at the heart of the debate. Without access to safe, legal abortion, women are not free to determine the course of our own lives. Without it, women die.

Demanding that Northern Ireland’s abortion law be brought into line with the rest of the UK. And that the UK law be changed so women no longer require the approval of two doctors before they can access this perfectly safe and legal medical procedure.

Fighting against cuts to parental benefits and for legislation that supports parents and children as valued members of society.

On the last point, I think it’s vitally important that pro-choicers remember women’s right to choose means not only our right to prevent or put a stop to unwanted pregnancies, but to have children too. It is inevitably those who oppose abortion who also stigmatise single mothers and oppose the fair wages, benefits, parental leave, flexible working and state/employer-subsidised/free childcare that would make parents’ and children’s lives so much easier.

Their agenda isn’t saving the children; it’s controlling women. They must be stopped.

Photo of a red heart-shaped placard reading “Thank you for giving me a choice” by SMN, shared under a Creative Commons licence.