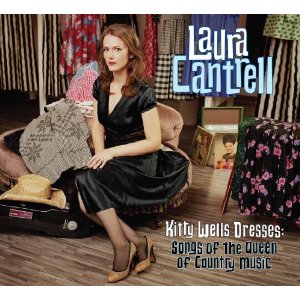 Over the years, I’ve listened to a huge range of styles and genres of music. As a child, I was exposed to a lot of classical music and over the years I must have explored everything from rock to reggae, pop to techno, folk to jazz, Delta blues to dubstep. And in all of this diversity, it seems to me that the music which has come to mean most to me is characterised not so much by its label, but more by such imponderables as creativity, musicianship and, above all, its emotional resonance.

Often I’ve come to certain music in a very roundabout way. For example, I got into reggae having heard The Clash’s version of Police and Thieves, while The Rolling Stones’ blues covers inspired me to backtrack to the originals recorded by such greats as Howlin’ Wolf and Muddy Waters. And, of course, there are the recommendations of friends.

Two people whose musical tastes I trust have, independently of each other and within the space of three days, raved about the same album: Laura Cantrell’s latest release, Kitty Wells Dresses: Songs of the Queen of Country Music.