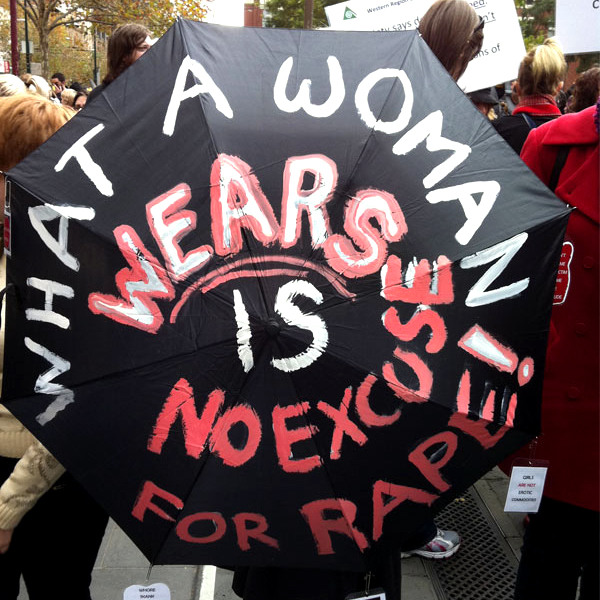 Silence of the survivors: giving the victims a voice

This is a guest post by Sarah Learmonth from CRASAC.

A woman, man or child is raped in Britain every 6 minutes. Yet between 75 and 95 per cent of these crimes are never reported. When they are, 80 per cent leave the criminal justice system for one reason or another and of those that remain, only 58 per cent are proven and believed by a jury. It means that only six per cent of rapes reported to the police are successfully prosecuted.

In Britain it is estimated that around 100,000 women (age 16-59) are raped every year, most by someone they know. But with only 3,819 rape cases prosecuted last year, the victims are the silent survivors.

The vast majority of British people have no idea how widespread this crime is and between 26 per cent and 30 per cent believe that an intoxicated girl or sexily dressed woman is partly to blame for what she gets (from a report by AIUK, 2005).

These are the everyday examples of around 100,000 rapes committed every year in Britain told by the victims in their own voices.

“My husband’s uncle forced me to have sex. I couldn’t tell anyone, it would have bought shame on the family and who would have believed me?”

Punjab is just one of the 85 per cent of victims of rape who knows her attacker. “In 85.7% of recorded rape crimes the suspect was known to the victim or identified following investigation” HMCPS & HMIC 2007

“I was raped by a boy in my class, the school did nothing. I don’t think they believed me. I had to see him every day at school and couldn’t cope with that.”

This is Jackie. She is one of the increasing number of young victims raped in Britain. An estimated one in five of all girls in Britain are sexually assaulted or raped by the time they are 16. Taskforce Alberti, Dept of Health 2010

“I was abused when I was 7 until I left home at 15. I didn’t speak to anyone about my abuse. I didn’t know who I could trust.

I used drugs and alcohol to help me cope but now I’m getting help.”

Mary’s voice will never be heard by a jury. Between 75 and 95 per cent of rapes are never reported. HMCPS &HMIC 2007

“When I was raped I was too afraid to leave the house. I got really down and tried to kill myself. This is what it means to be raped; this is what it does to you.”

“Rape is a serious and deeply damaging crime. It is unique in the way it strikes at the bodily integrity and self-respect of the victim.” Baroness Stern: The Stern Review, 2010

“My mum’s boyfriend sexually abused me, I was only a kid and he said that no-one would believe me and mum would be angry, it was my word against his. I ran away three times but they always bought me back. ”

She is not alone in waiting to tell her story. 72 per cent of victims under the age of 16 do not tell anyone until they are adults. Taskforce Alberti, Dept of Health, 2010

“I’m 79-years-old and between the ages of 6 and 13 my brother sexually abused me. I never spoke to anyone about it. I was too embarrassed and didn’t understand then that what he was doing was wrong. It was only when I had grandchildren that I got the help I needed.”

Not much has changed since Edith was raped. Baroness Stern states, “Rape is a terrible crime that happens too often. It can happen to women, men, children, people of all ages and all social groups. It is a unique violation that often leaves its victims with deep traumas that last for many years, sometimes forever.” The Stern Review, 2010

Coventry Rape & Sexual Abuse Centre (CRASAC) aims to ensure that support and information is available to anyone who has experienced sexual violence.

[The image is of an open, black umbrella with words painted on it in a spiral. In red and white paint, it reads, “What a woman wears is no excuse for rape!”. The photograph, by Naked Melbourne, is used under a Creative Commons License.]