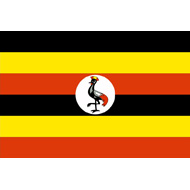 Stop the deportation of Betty Tibakawa

Sian Norris highlights the plight of Betty Tibakawa, who faces deportation back to Uganda. [Trigger warning for violence]

Betty Tibakawa, a young lesbian living in Uganda, had gone for a walk on the beach when she was approached by three men she did not know, but who knew her by reputation, who began taunting her about her sexuality. They took her to a disused building where she was violently assaulted. The men kicked her in the stomach, pinned her down and branded her inner thighs with hot irons. She lost consciousness and when she woke up, the men were gone. Her injuries were so severe that she could not leave her home for two months.

Betty then came to the UK where she applied for asylum.

In February, Ugandan magazine Red Pepper outed Betty as a lesbian, publishing an article about her illustrated with photos, and the claim that she is ‘wanted’ for being a lesbian. It has become incredibly dangerous for her to return to Uganda, where she has been disowned by her family and faces the risk of violent persecution for being gay. As a named lesbian, she is at risk of being targeted for her sexuality, experiencing further violence, imprisonment or even death. Betty has gone from being a bubbly young woman with a bright future at university, to being withdrawn, feeling worthless, frightened and depressed.

Betty Tibakawa has had her asylum application turned down and is facing deportation back to Uganda, where homosexuality is illegal. Gay women who are deported to Uganda risk being raped and assaulted whilst they are in custody. We are petitioning the Home Office to overrule this decision from the UK Border Agency, to give Betty the chance to live a life free from violence and fear. No one should be deported to country where they will be persecuted for their sexuality. We owe those seeking asylum in this country better than this.

“I look at a community like in Central London, I see so many of them. I see gay guys. They walk in the street, they hold hands, they kiss at the bus stops. On the bus. You know, its free, so it’s not hard for me to tell them I’m a lesbian. But in Uganda, I can’t say that. I really can’t. I just have to, I don’t even know how to. I just can’t. I just can’t. I can’t. I can’t. I don’t want to live, not being able to live as me. I don’t wanna be someone else just because of the situation around me. I just want to live truly, and just live like me. That’s really what I want.” – Betty Tibakawa

Betty Tibakawa’s campaign group have put together a petition to try to reverse the UKBA’s decision to deport her and to raise awareness of the issues faced by gay, lesbian and transgender people when they seek asylum in the UK. Please sign it today.