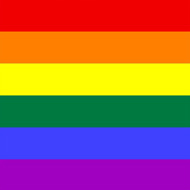 Working together to eliminate all gender based violence

Amy Roch discusses the connections between all forms of violence and abuse that people experience that is based on gender.

Women experience violence, abuse and discrimination because they are women. The statistics and the stories are all too common to those of us who work, campaign or protest to end gender based violence, identify as feminists or just pay attention to what’s going on in the world.

The United Nations Declaration on the Elimination of Violence Against Women defines Gender based violence (GBV) as:

“…a function of gender inequality, and an abuse of male power and privilege. It takes the form of actions that result in physical, sexual and psychological harm or suffering to women and children, or affront to their human dignity, including threats of such acts, coercion or arbitrary deprivation of liberty, whether occurring in public or private life. It is men who predominantly carry out such violence, and women who are predominantly the victims of such violence. By referring to violence as ‘gender based’ this definition highlights the need to understand violence within the context of women’s and girl’s subordinate status in society. Such violence cannot be understood, therefore, in isolation from the norms, social structure and gender roles within the community, which greatly influence women’s vulnerability to violence.”

Gender based violence is used as a way of controlling or ‘policing’ the heteronormative and patriarchal status quo within society, keeping women and/or those who are LGB or T in inferior positions. It is a tool that is used to enforce gender inequality. Gender based violence has two primary functions:

LGBT people experience gender based violence because their gender identities don’t fit within the “acceptable” heterosexual, cisgender, gender binary boxes that maintain and reinforce our male-centric world. Homophobia, biphobia and transphobia are forms of gender based violence that are aimed at LGBT people or people who are perceived to be LGB or T because they express their gender and sexual orientation in ways that differ from what is falsely deemed ‘normal’ by society. We can see this when we hear stories of corrective rape committed against lesbian women, the levels of homophobia in schools or the number of trans people murdered throughout the world to give just a few examples.

While I agree that it is absolutely vital that we make visible the levels and extent of male violence against women it is also important that we connect the dots between all forms of violence and abuse that people experience that is based on gender. Including discrimination based on sexual orientation or gender identity in discussion and work on gender based violence can only be of benefit to the overall aim of gender equality and the breaking down of narrow and restrictive gender roles that are forced on all of us. That’s why when I’m discussing these issues I use the term ‘gender based violence’ – not to minimize the extent of violence against women, but rather to ensure that everyone who experiences gendered abuse is included.