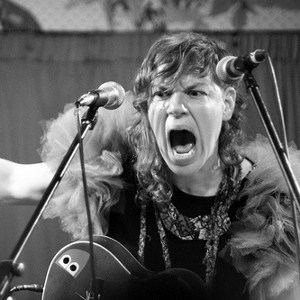 Ruth Rosselson gives the lowdown on a show from Merrill Garbus, a big-voiced artist who exudes confidence on stage through her music, rather than her outfits or dancing

I first came across tUnE-yArDs when Merrill Garbus did a live session on Nemone’s 6Music Show last year after her first album release. I was so impressed by what I heard that I bought the album. I liked it so much that, earlier this year, I bought the second tUnE-yArDs album on the day of its release. Suffice to say that by the time I actually saw her live at Manchester’s Deaf Institute on 13 June, I was already a big fan.

Having never seen tUnE-yArDs live before, I was worried that perhaps my expectations were too high and I would be left disappointed. I needn’t have worried. From the first holler that left Garbus’s mouth I was utterly captivated and in awe of this amazing singer. It was obvious that the rest of the audience was similarly affected. Every song was met with rapturous applause. From a Manchester audience that can often be ‘too cool for school,’ that’s no mean feat.