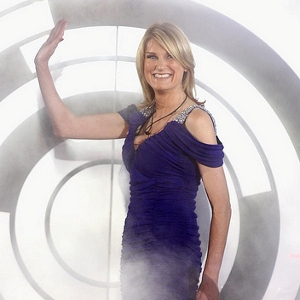 Do the partners of people in politics have a responsibility not to draw too much attention to themselves? This was one of the questions in a debate I recently took part in on Radio 5 Live in response to Sally Bercow’s appearance on Celebrity Big Brother.

It seems to me that Bercow’s “two fingers up at the establishment” is probably at least partly a reaction to years of traditional nonsense about how the wife of a successful man in the public eye should behave. I did agree with Ros Coward‘s comment that there are better ways to “prove women are independent and successful in their own right” but -gender aside- I’d suggest the expectations placed on the partner of a powerful person tend to serve to reinforce traditional power relations, where one partner is seen as the leader out in front and the other is expected to know their place.

That said, it’s certainly easy to criticise Big Brother. I have to admit I don’t watch it anymore, unless I’m going to write or talk about it, as the general baiting and editing of the contestants is often so painful to watch. (As Steven Nolan pointed out, they’re all vulnerable in there.)

The discussion also briefly touched on Bercow’s interview in the Evening Standard earlier this year, where she was pictured posing (apparently naked) in a bedsheet. Admittedly, the pressure on women in the public eye to be sexy is a point I didn’t cover during the discussion. However, I’d also have to say that if a woman decides to do something “sexy” -however constrained her choice to do so may be- I’d sooner support that decision than berate her for it.

Still, I doubt if we’ll be seeing a picture of John Bercow wrapped in a bedsheet any time soon and that surely tells us something about how far we have to go in terms of achieving equality.

Picture adapted from photo by Beacon Radio, shared under a creative commons licence.