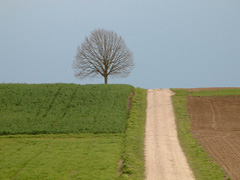 On behalf of Grassroots Organic, I’m organising a charity fundraiser event for Women for Women International. The event itself will take place on Thursday, 29th September 2011 at the Maryhill Burgh Halls in Glasgow and will include a raffle and auction, as well as other entertainment and a buffet (if you know Grassroots’ deli, you’ll know what kind of treat you’re in for with that!)

More details can be found on our website, but the important bits are: tickets £15 and all proceeds (which I’m hoping will be a good amount!) are going to WfWI to help them support women survivors of war around the world. You might get something nice for a donation, too! The evening’s festivities will comprise a raffle, an auction, music and dancing. Your ticket also includes the buffet and complimentary sparkly drinks on arrival.