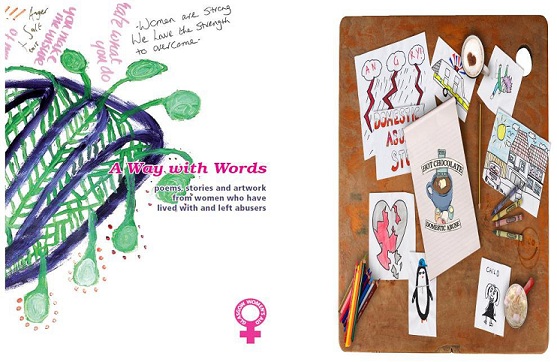 Glasgow Women’s Aid was established in 1973 to provide support to women experiencing domestic abuse. Initially the focus was on women’s experiences, but as the organisation evolved the need to include children and young people affected by domestic abuse was recognised. In 2011 Glasgow Women’s Aid is a voluntary organisation run by women for women, children and young people, providing support, information and temporary refuge accommodation.

The support which Glasgow Women’s Aid workers provide is tailored and responsive to the personal needs of each woman, child and young person – with individuals encouraged to identify the support they need and take an active part in their own support planning. It has been recognised that taking part in activities can be a positive experience as part of this support process, and so Glasgow Women’s Aid organise activities as a direct response to the suggestions of women, children and young people.

One of these activities was a storytelling and art project with women who were in refuge at the time of writing or who had been in refuge and moved on. These creative sessions encompassed storytelling, writing and art, culminating in the production of the book “A Way with Words”, which showcases the women’s short stories, poetry and artwork.

Another activity was the development of an animated DVD called “Hot Chocolate and Domestic Abuse”. This DVD is the result of “The Hot Chocolate Group”, a group of young people who met weekly to share their experiences of living with domestic abuse. The DVD tells their stories, in their words and voices, to encourage other young people to come forward to ask for help and support. 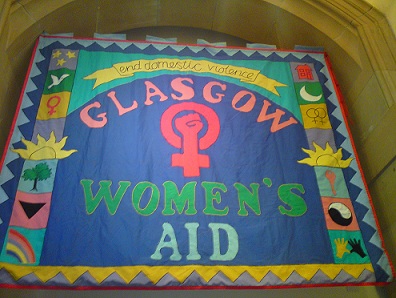 The works created as a result of these two activities are now being exhibited together in the Kelvingrove Art Gallery and Museum as part of their Community Space Exhibitions project. This powerful portrayal of life before, during and after refuge has been brought together in the hope that it will inspire others on their own journey of recovery. The exhibition launched on the 20th of August, and will be running for six weeks until the 1st of October.

Glasgow Women’s Aid has a public access office on Bell Street, Glasgow, which can be used on a drop in basis with no need for appointment. Alternatively you can contact them on 0141 553 2022 or through their website.